We are well passed the half way point in the flat season but so far it has to be said to be underwhelming. The two potential superstars – Caravaggio and Churchill – have good excuses for recent defeats but the top horses are struggling to get passed a mark of 125 with the four year old, Ribchester, the top performing thus far. He is on 125 with the admirable Highland Reel and aforementioned Churchill two pounds behind.

Ribchester gets his mark from his brilliant Queen Anne win which was almost 98% genuine on the clock and over the mile trip represents his mark through Mutakayyef who performed on the day to 117.The St James’ Palace Stakes was 107% efficient, which means it was a slow pace and sprint finish. I’ve always felt that Churchill will up his game at ten furlongs and this sort of run wouldn’t have played to his strengths. His 123 comes from more genuine performances in his Guineas double and on this day he only ran to 115 which means that the winner, Barney Roy, is 120.The July Cup was the exact same and the huge talent of Caravaggio was also inconvenienced, suffice to say the best horse most certainly didn’t win. But in the Commonwealth Cup, he came out at least 121 for a 99.86% race efficient speed. That’s almost a perfect run and it saw him as he is.

Lady Aurelia clocked the fastest speed on my watch at the Royal meeting at 40 miles per hour, although she only carried 8st 9lbs on her back compared to Caravaggio’s 37mph with 9st 3lbs. She came out at 121 also however and is a really smart filly. 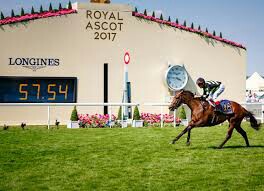 This year’s Minding is a Winter and although her Royal Ascot win in the Coronation Cup was only 119, she has shown 120 in her Guineas win and looks to be a mare who will continue to improve.

The three year old middle distance horses are nothing special. The Derby winner, Wings of Eagles only ran to 117 with Irish Derby winner, Capri, a pound lower on performances but both have been raised to 120 which seems a bit high on time figures.

Order of St George ran a cracker in the Ascot Gold Cup and looks fairly assessed on 120 with Big Orange on 121. 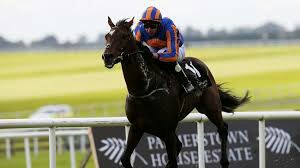 While Winter still looks progressive, the star filly of the season so far has been dual Oaks and King George winner, Enable. She is rated 120 and although getting a stone off the older horses, she won the King George in seriously impressive style in a well run race. The Arc is on the agenda for her in the Autumn. The horses in behind are two good four year olds in Ulysses (121) and Highland Reel’s full brother, Idaho (120).Ribchester and Churchill are set to clash at Glorious Goodwood this week in what could be the race of the season so far and I haven’t lost hope in Caravaggio running to a higher rating and a more genuine race.