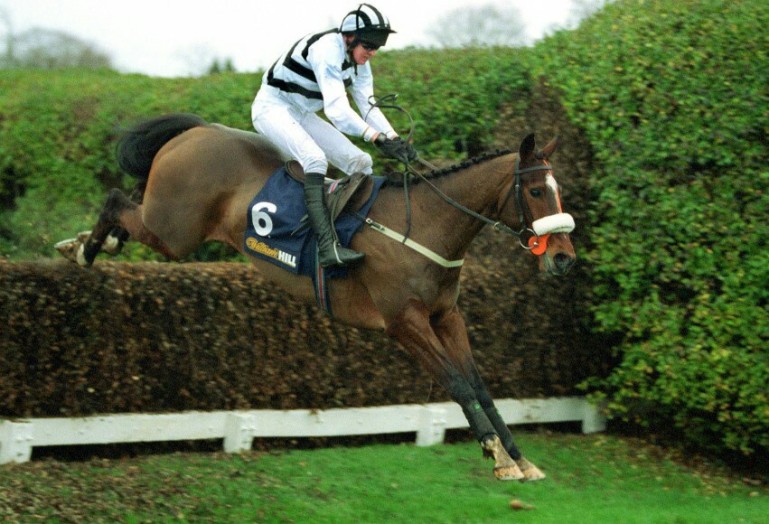 Foaled on the 10th of May 1994 was one of Ireland’s most popular horses ever.

The day when he won his Champion Chaser crown back in 2005 will go down in folklore. He was also involved in one of the best jumps races ever seen at Sandown Park, when he lined up against great rivals Well Chief and Azertyoup in the 2004 Tingle Creek. Where Barry Geraghty took the running up early and held off the challenge of his rivals, who would not give in and accept defeat, I have lost count of how many times I have watched that race on YouTube. Wherever he went his loyal and proud fans flocked to and the annual Irish pilgrimage to the Cheltenham Festival was mainly to cheer on Moscow Flyer. In total he won 27 of his 45 races, winning 14 Grade One races in total and amassed a huge £1.1m in prize money.

There hasn’t been many better two mile chasers, only Sprinter Sacre has really reached the heights that Moscow Flyer hit.

After his racing career had finished, he was retired to the Irish horse Welfare Trust, before 2012 were he was offered a place at the Irish National Stud, he loved to have people around and enjoyed human interaction, so it was perfect move for him. Visitors to the stud should count themselves fortunate that such a wonderful horse was available to visit. 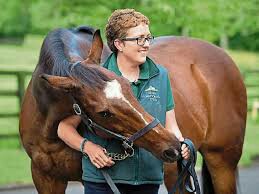 I too was lucky enough to see Moscow Flyer in the flesh, when he was paraded at Down Royal in 2014, He still looked in magnificent shape and I took some photos which I now cherish. The racing world payed tribute in October 2016 when it was announced that Moscow Flyer had passed away aged 22. What a career. What a horse. What a legend.
R.I.P Moscow Flyer