The two year-old son of Deep Impact was one of three Ballydoyle runners in the field and started at 8-1, with his stable companion, Christopher Robin, the mount of Ryan Moore, the 8-11 favourite.

Saxon Warrior, described by his trainer as “a big powerful horse”, put up a very authoritative display and made quite an impression on racegoers, coming from off the pace to win by three and a quarter lengths from Meagher’s Flag.

Winning trainer, Aidan O’Brien, was very much impressed with the newcomer’s performance, admitting:

“He looks a very smart colt. He really quickened and when you run those horses you are always hoping you’ll find something.” 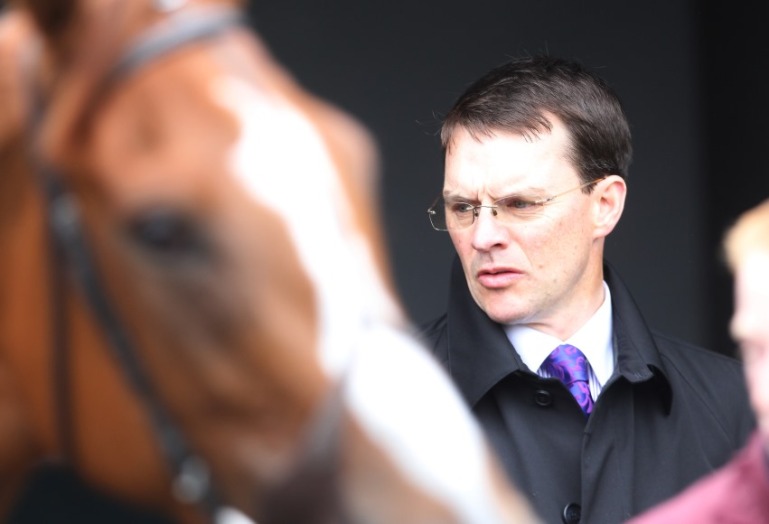 His son, Donnacha, who was the winning rider, told O’Brien Senior that when he pulled the colt out he just took off and showed a nice turn of foot.

Discussing future plans for Saxon Warrior, and while admitting the horse will not the rushed, his trainer suggested the Beresford Stakes back at The Curragh as a likely port of call, or the option is also there to step him up to seven furlongs before the end of the season.

Following just the one racecourse run, Saxon Warrior has been installed as joint-fourth favourite at 20/1 for next year’s Qipco 2,000 Guineas at Newmarket.