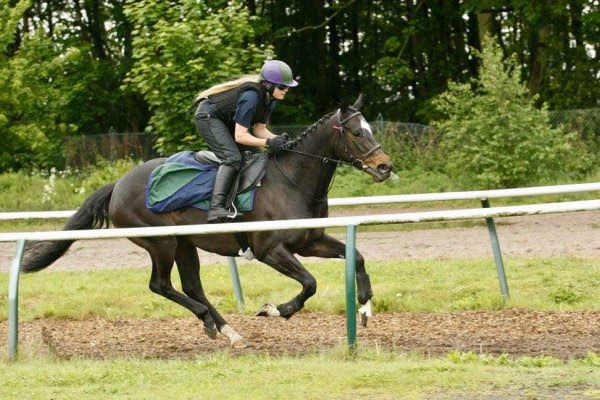 What is your 1st memory of Horse Racing?
I think my first ever memory of watching racing was probably watching Amberleigh House win the Grand National in 2004!

Have you always been interested in Horses & how did this start?

My love for horses is probably all down to my mum. She’s always had horses, so I’ve always been around them and ended up catching the horsey bug! I got my first pony for my seventh birthday, a little Shetland called Bobby who was very naughty! I then got my second pony Yeoman who was also a little monkey and then Harry, a gorgeous little grey Connemara who I’ve had lots of fun with over the years. Before I went into racing I did quite a lot of showing, my biggest win was probably at the Ultimate Showcase Of Champions with little Bobby!

You have recently graduated from the National Racing College, how did you find the course?

It was hard and very challenging, it really pushes you but it was the best twelve weeks of my life. The instructors there are fantastic and are so supportive when you have a bad day when things aren’t going to plan or you have a fall (I had many falls during my time at the NRC!) and they help you keep that positive mindset you’ll need when you go into the industry. It’s also hard to believe that many students that go to the Northern Racing College have never even sat on a horse before, and for the college to get them riding racehorses on the gallops in only twelve weeks is pretty amazing! The horses aren’t the easiest, but they don’t half teach you to ride! I rode a tiny little mare Twinkle a lot and she was deadly! I’ve lost count the amount of times she managed to get me off coming out of the “dip” because she used to pull herself up and fire some bucks in, so most of the time I just ended up on the floor! The people though are what make the experience a thousand times better. There was seven of us on our course which was tiny considering the college usually gets large groups up to twenty and we were all pretty much like a big family who supported each other through everything.

What could we expect if we were to go to the NRC?

The first thing I’ll say is be prepared to work hard. It’s a long day at the NRC, starting at 6:30am to feed and you then have to muck your two out starting at 7:00am, and be pulled out for first lot by 8:15am. First lot is always in the school, so you can work on your weaknesses to improve your riding and technique to make you a better rider on the gallops. Breakfast is always after first lot at 9:30am. Second and third lot are the gallops lot and you’ll usually finish for lunch around 1pm. Lunch lasts an hour until 2pm and then you have an afternoon of lectures and evening stables to do. You tend to finish evening stables around 5:30pm and then go off for some tea before the evening programme starts where you learn everything racing! One word of advice, if you’re not willing to put 100% into everything and push yourself to your ultimate limit, then the Northern Racing College probably isn’t the place for you!

After graduating, you are now with Nicky Henderson at Seven Barrows, how did that come about?

Basically, in your last couple of weeks at the Northern Racing College you get to choose what yard you’d like to go to and obviously I said Nicky Henderson! 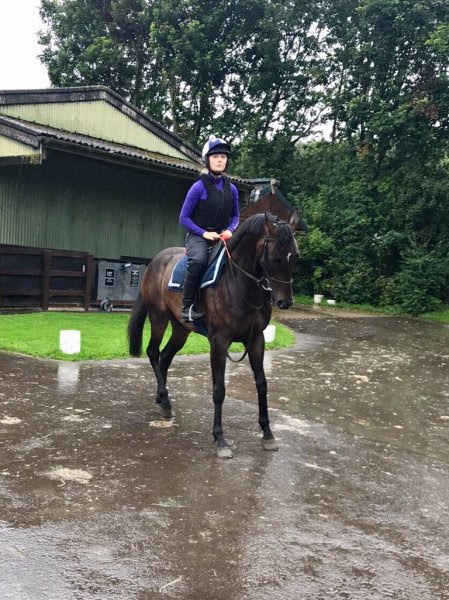 How was your 1st day & have you settled into life at Seven Barrows ok?

My first day was quite nerve-wracking. Starting work at a big yard where you know absolutely nobody is just a little bit daunting to say the least! I remember the first horse I ever rode was the smart filly Tell It To Me who’s only had a couple of runs in bumpers, she won her latest by 8 lengths! The other filly I rode on my first day was Turn Turk who was a total sweetheart! I’ve been at Seven Barrows nearly four months now and I couldn’t have asked for a better job. I look after four lovely horses: Royal Irish Hussar, Malton Rose, Take To Heart & Barman who I can’t wait to take racing when the National Hunt season starts!

Can you tell us about your general day to day at Seven Barrows?

A typical day usually starts around 6:15am when most people are on the yard mucking out their four horses. First lot pulls out for 7:30am and then we have breakfast at around 8:30am ish. Second lot we pull out after breakfast, and then we ride third and fourth lot and we usually get finished for around 1pm. 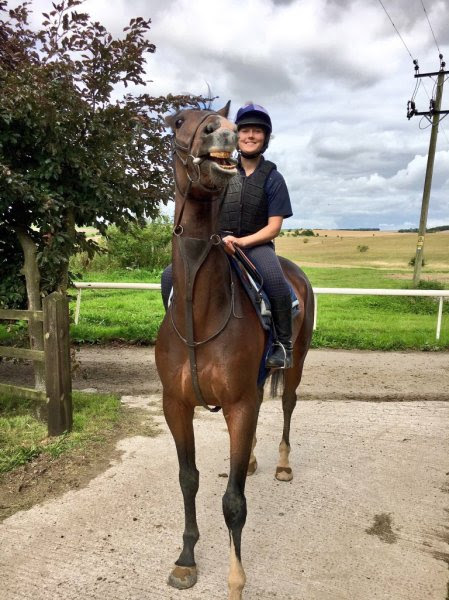 What are the hopes & aspirations for the future?
Right now I’m just focusing on improving my riding and trying to be the best I can be. I would love to train in the future though.

If you could own any horse – Past OR Present – who would it be & why?
It would probably be Denman. He’s one of my favourite ever horses and he always tried his absolute best no matter what and I adore horses like him.