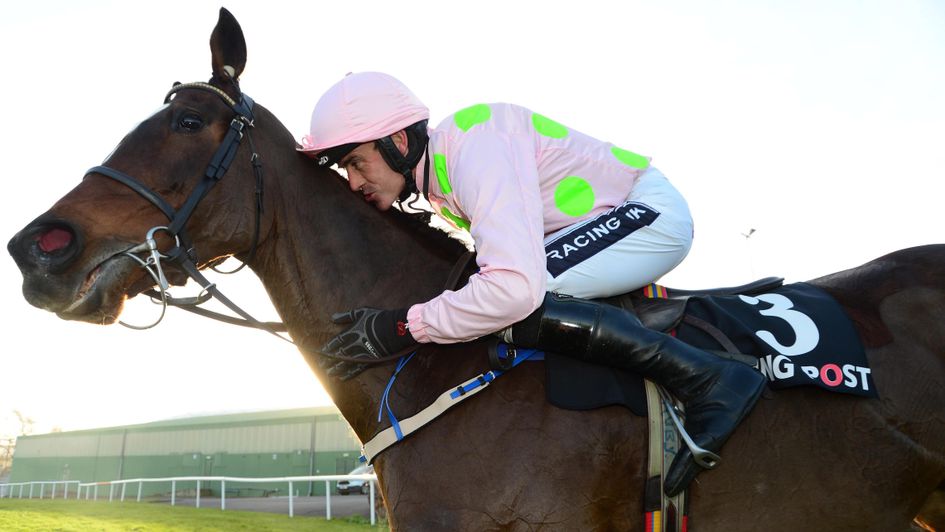 MINimal effort was needed by Min at Gowran Park over the weekend, he jumped well on a track that has a stiffer finish then what it looks to the naked eye.

On the other hand, his opposition where not close to his league and to be fair it was nothing short of a schooling session. Yet Min needed that, and we needed to see him recapture some of the form he has shown us before. Willie Mullins played down the fact that he stepped him up in trip, but with eyes on bigger prizes in the Spring he would be happy with what he saw.

Earlier Paul Townend had added to his tally with winners on Carter McKay and Sharjah. Carter McKay who was Patrick Mullins pick in the Champion bumper last year, looked to have the better of Mortal coming to the last, sadly Mortal fell at the last which left Paul Townend all on his own. I really liked how Carter McKay travelled through the race, but my worry would be that he needs give in the ground, he will get that at Leopardstown if they choose to send him there, but for a Spring target I fear that good ground won’t allow him to peak. Sharjah on the other hand is a different kettle of fish. The race looked a cracker beforehand, with Willie, Gordon and Joseph all lyrical regarding their runners. But what materialised was a messy slowly run race, that really leaves us with more questions than answers. I will admit I had a bet on Sharjah and have done for the Supreme Novices, but I doubt he will get a race as laid out for him as materialised on Saturday. Roaring Bull would be one I will keep onside as he looked outpaced in the sprint, but he looks likely for a step up in trip.

Samcro Sunday was the highlight at Navan, and the Gordon Elliot charge didn’t fail to deliver, he won’t at his leisure coasting clear of Jetz by 12 lengths. Is he the best we have seen in recent times? Well we certainly didn’t find that out on Sunday, and as much as one respects the talk surrounding the horse, the form of that race on Sunday is nothing to write home about. With all the talk of Gordon and Willie battling for the trainer’s championship, Willies dart at Sundays race was Good Thyme Tara again a lovely mare but I would be surprised if we see her reach the top in mare’s novice hurdles this season. Just like Don Cossack, Samcro this season must be looked at as a chasing prospect. Death Duty was sent to the Albert Bartlett race last year, but I would be surprised to see Gordon and Eddie O Leary go for the same recipe with Samcro. The Lawlor’s Hotel Novice was the race namechecked by Gordon after the race, and punters will hope that we will see a clash between Samcro and Next Destination. This would give us a yard stick of both current standing. The other exciting performance came from Al Boum Photo who won the Beginners Chase, after being well backed to do so. The Troytown was the feature race of the day and Mala Beach filling the Mála of Chris Jones to the tune of nearly 60,000. A well-deserved win for the owner after losing Mega Fortune earlier this season. Mala Beach was giving a simple but effective ride by Davy Russell to win comfortably in the end by two and a half lengths. The anti-post favourite and well backed Acapella Bourgeois fell early in the race, and one wonders what will Willie and the Closutton team do now. A huge disappointment yes, but not the end under any stretch of imagination. I think they will test him in a Grade 1 or else find a condition race to get his confidence back up.

Mai Mai Mai, was my instant reaction to Bristol de Mai`s emphatic victory in Haydock. How Jessica Harrington was vindicated in her decision not the send Sizing John over to race. Cue Card was being niggled by Harry Cobden four from home, while it’s hard to make out did Outlander run his race, as he is prone to hot and cold days. What was clear, was that Bristol De Mai absolutely revelled in the conditions, but the performance comes with a huge asterisk. If he comes out and runs in the King George we will then see if he really can make the step up into a genuine Gold Cup horse

Lastly Fairyhouse bound this weekend, with action on Saturday and Sunday. Sunday will be my day of racing as I take a trip to see my beloved Newcastle play Chelsea on Saturday. But I will have one eye on proceedings at the Meath track on both days. There’s one entered in the bumper on Saturday that I have being dying to see, and if signs are anything to go by the punters might ask for an Encore! Sunday then is a feast of racing with the Royal Bond Novice Hurdle. Mengali Khan is currently the favourite with Early Doors tracking him as 2nd facourite. Willie runs Makitorix and Noel Meade has Red Jack. Won last year by Airlie Beach, this looks a stronger contest. The Hatton’s Grade follows the Royal Bond, and again we could be in for a thriller. Apples Jade swerves the Fighting Fifth in Newcastle to tackle Nichols Canyon at home. Throw in some of last year’s exciting novices like Cilaos Emiry and you have a tasty race. Finally, the Drinmore Chase could be the race of the weekend. I followed Rathvinden closely all summer, his win in Galway was a sign of his improvement and I think he could overturn the favourite Death Duty. Rathvinden will be primed for Sunday while Death Duty will have spring targets, that could swing the tie in his favour.