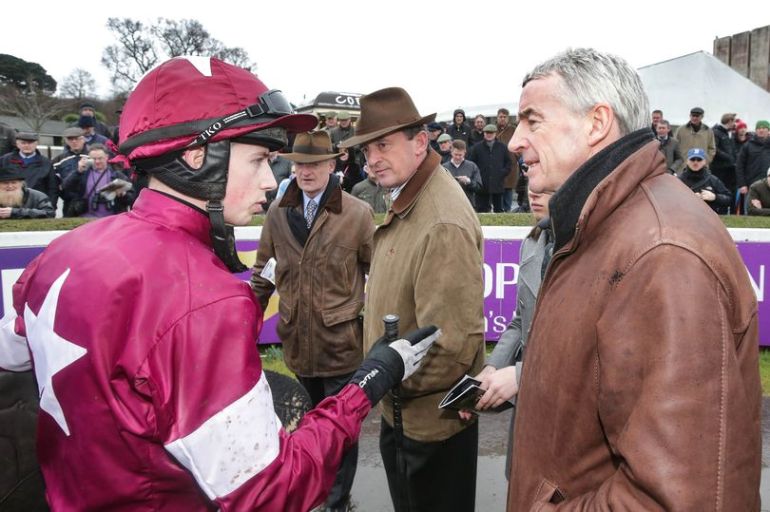 He’s not the next coming of Jesus Christ.” Insisted Micheal O’Leary regarding the ante-post hysteria regarding the Gordon Elliott trained “Samcro”

O’Leary, is not getting to carried away with the triumphs so far stating. “The hype with Samcro is rubbish. He’s won his maiden hurdle, he won a graded hurdle reasonably well – Death Duty did the same last year, went to Cheltenham and blew up.

“If he turns out to be a reasonably good chaser in time, great, but he’s not the next coming of Jesus Christ.” Added O’Leary