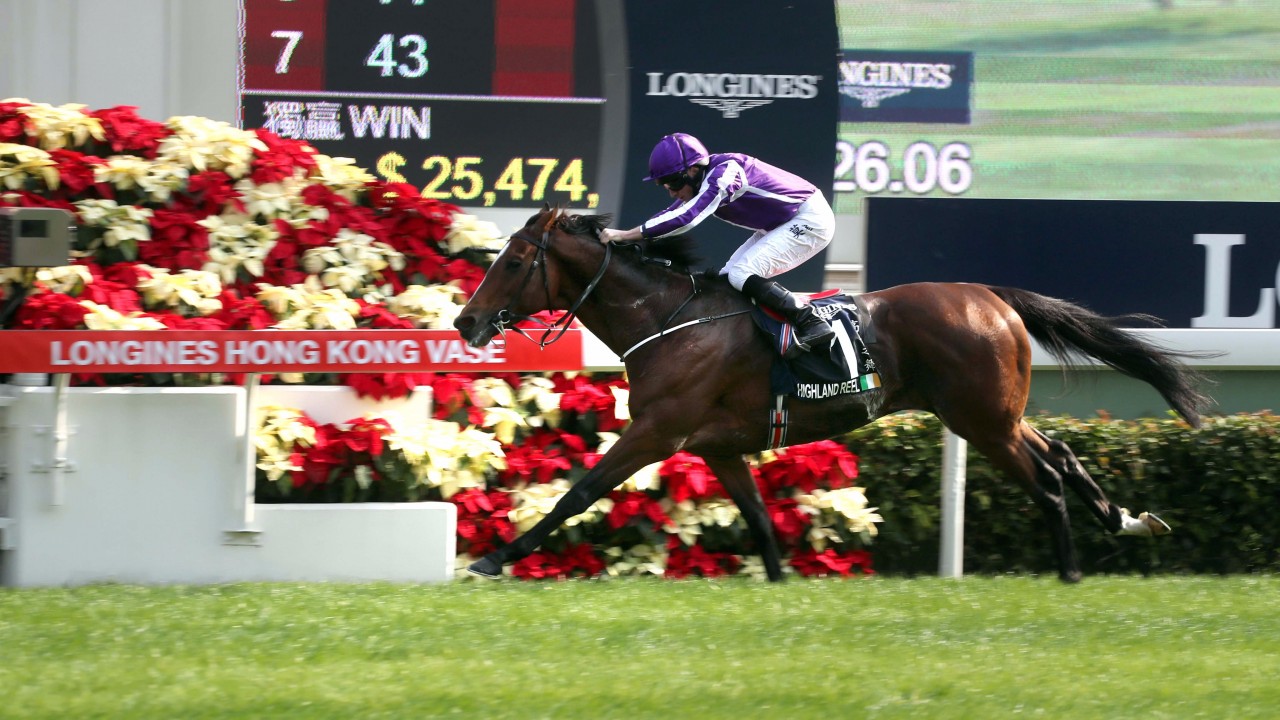 The globetrotting and ever popular Highland Reel made his final race a winning one early this morning in the Group One Hong Kong Vase. A packed crowd at Sha Tin sent Highland Reel off as favourite to give Aidan O’Brien an incredible 28th top level win of 2017.

Big race jockey Ryan Moore put his plan into action, and executed it to perfection. He slowly took his time before getting Highland Reel onto the back of the pacesetter before the first turn.

Down the back-stretch Moore and the pace setting Helene Charisma upped the tempo to establish a couple of lengths gap over the pack. Ryan Moore knew after last years defeat that he would have to save up some petrol, and he did so on the final bend and allowed the field to close. The likes of Breeders Cup Winner Talismanic were travelling better than Aidan O’Brien’s star, although as so many have found in the past, Highland Reel is one hell of a tough horse to get past. In the end Moore pushed him out for a determined and typically gutsy length and three-quarter win, the ride very much emphasizing why many consider Moore to be the world’s best. The victory took Highland Reel’s career earnings to just over an astonishing £7.5m, the highest earning horse in European history. His victory today will love long in the memory, and just two weeks out from Christmas. This was very much an early Christmas present.

Highland Reel will go down as one of the greatest Irish globe trotting horses of all time.We wish him all the best of luck in his new career as a stallion.