Six-time champion jockey Kieran Fallon was one of the world’s finest jockeys, but his career was beleaguered with controversial incidents, in his influential and truthful autobiography, he tells us all about everything he has done and experienced.

As a jockey, Kieran Fallon had an exceptional relationship with his horses, often coaxing them to victory when others had struggled with his trademarked whistle which many considered him to be “crazy” but he conclusively got the job done

The statistics don’t lie he was an exceptional rider in all walks of his career which saw him crowned Champion Jockey on six occasions, confirming him to became one of racing’s biggest stars.

But that was only ever fragment of the story. Having come over to the UK from Ireland to make his name, Fallon’s confrontational nature brought him to the attention of the racing authorities. When he dragged a rival jockey off his mount in 1994, he began a series of run-ins that would ultimately see him on trial in the Old Bailey, accused of race fixing. Although the judge finally ruled that there was no case to answer, the damage to his career and reputation by that time had been done.

Fallon tell an in-depth truthful account of his life, and the pressures he faced to get to the top of his sport, where winning was never enough, and where relaxation came in the shape of a bottle of vodka or a meal that had to be ‘flipped’ immediately to ensure he maintained his weight.

He worked with some of the best trainers and won all the biggest races, but true happiness only ever really came to him when he was on the back of a horse – a joy that he still feels now that he has retired from racing as he rides work early in the morning 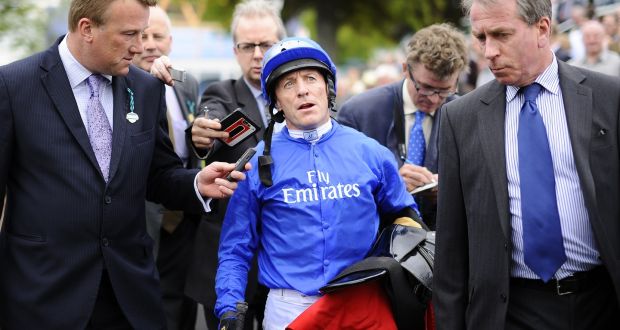 The book is a certainly a must read for all horse racing fans as things don’t get much bigger in the game than Kieran Fallon.

Like him or not there is no denying his talent in the saddle which will be talked about for generations to come.