The Rich Ricci owned Getabird upheld his unbeaten record with an impressive preformance in the Sky Bet Moscow Flyer Novice Hurdle at Punchestown on Saturday.

Willie Mullins had saddled six of the last nine winners of the Grade Two contest, with Mikael D’Haguenet (2009), Vautour (2014) and Douvan (2015) all triumphant before going on to claim Cheltenham Festival glory later in the season.

The Irish champion trainer saddled three runners in this year’s renewal and having made a big impression on his hurdling debut at the track last month, dual bumper winner Getabird was the well-punted even-money favourite to add his name to the renowned roll of honour.

Jockey Patrick Mullins kept things as straight forward as possible aboard the market leader, allowing him to stride on at the head of in front from flag-fall.

The opposition Mengli Khan, already a Grade One winner this season in the Royal Bond Novice Hurdle at Fairyhouse, endeavouring to get his season back on track after running out at Leopardstown over the festive period.

The Gordon Elliott trained horse was sent in pursuit from the home turn, but it was in vein as Getabird galloped all the way to the line to seal a most impressive success.

Patrick Mullins stated: “That was great. He was quite worked up in the parade ring, which isn’t like him, and he jumped off as if he was going to run (away with me).

“But after he jumped the first he kind of backed off a bit and I was actually going a bit slower than I wanted. I wanted to make it a good test as he’s a point-to-point winner and Mengli Khan is a Flat horse. 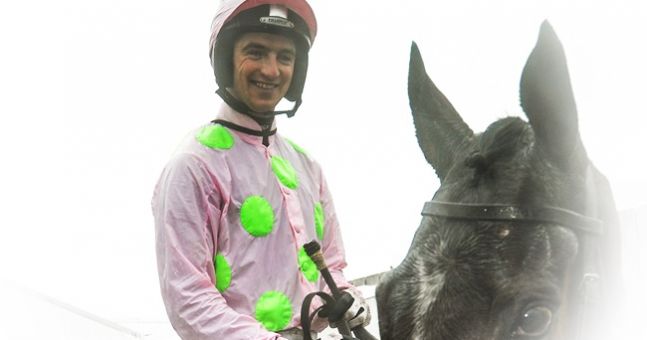 “I was a bit worried when we turned out of the back that we hadn’t gone fast enough, but the gears he’s shown from the back of the second-last, he didn’t have those when I rode him as a bumper horse.

“That performance was better than I was expecting, to be honest. He jumped fantastic – he was rapid – and I’d say he has lots of options now.”