It was a cold bitter rainy morning during my College days, set 5 out of ten the trainer said, we all knew it was not getting any easier, slopping through the soft terrain in Maynooth`s South Campus fields felt like a nightmare, mental anguish on the 2nd of January, Christmas was over and the party wasn’t worth it I felt. Set 5, 3,2,1 GO.

My legs felt like led and I could barely move them, but I remember there was one man who loved it. He skimmed through the mud faster than a student drinking a bottle of Buckfast. He wasn’t a gifted hurler, but he is a great jockey and he showed us GAA lads that day that power was key in soft ground.

The conditions in Navan and Thurles over the weekend reminded me of those heavy winter mornings, it takes certain animals to go through it and certain animals thrive on it. Yesterday was a great day for Gordon Elliot who edged ever further in front of Willie Mullins with big wins for Dinaria des Obeaux and A Toi Phil. A Toi Phil is a horse that is probably just below the Grade 1 mark but has bags of talent, and it’s a credit to the Gigginstown team for the excellent placing.

A Toi Phil won this Kinloch Brae Chase as easy as he liked once Jack Kennedy let his mount go three jumps from the finish he was much too good for American Tom. The Rich Ricci runner who has gained a lot of column inches, but he has yet to replicate form that is of substance. She wasn’t that fluent at her last jump but Dinaria Des Obeaux already had Magic Of Light put to the sword by then as she cruised to an eight length victory in the Feature race of the afternoon.

With all the talk of extra races, she wouldn’t seem to have an obvious Festival target and Gordon commented that she won’t be going to Cheltenham and that he wants to keep her against her own sex. Both winners where impressive but the Elliot winner that caught my eye was Dortmund Park, tipped up by Johnny Ward on twitter Sunday morning I had the misfortune of missing the off because of an Eir engineer visiting the house.

Safe to say I was confused to see the Giggintstown runner winning at a price of 12/1. An expensive purchase he had won his maiden hurdle in Fairyhouse under Davy Russell. He like that Jockey in Maynooth seemed to relish conditions as one by one rival after rival felt the slush and rain wipe away chances. Articulum who had won in such conditions on Cork on his reappearance was sent off favourite, but the warning signs were flashing early.

Where next for Dortmund Park? Who knows but one could have worse bets in the Albert Bartlett. Usually I stick to my Irish racing but when discussing the weekend its only Un De Sceaux that I wanted to see.

He is a horse of a lifetime for the O Connell family, a horse of his own mind and ideas, but what a horse to watch. In Cork on his reappearance he walloped the opposition, but on Saturday he showed class and ability that will be hard beaten in March. Winning his third Clarence House Chase in Ascot is an outstanding achievement, not alone his other achievements in Ireland and France.

Willie mentioned a return to the Ryanair chase for him in two months’ time and I think he Is getting better with age. He is settling better and both Paul Townend and Willie commented on this gives them more room to manoeuvre when it comes to tactics and race riding. 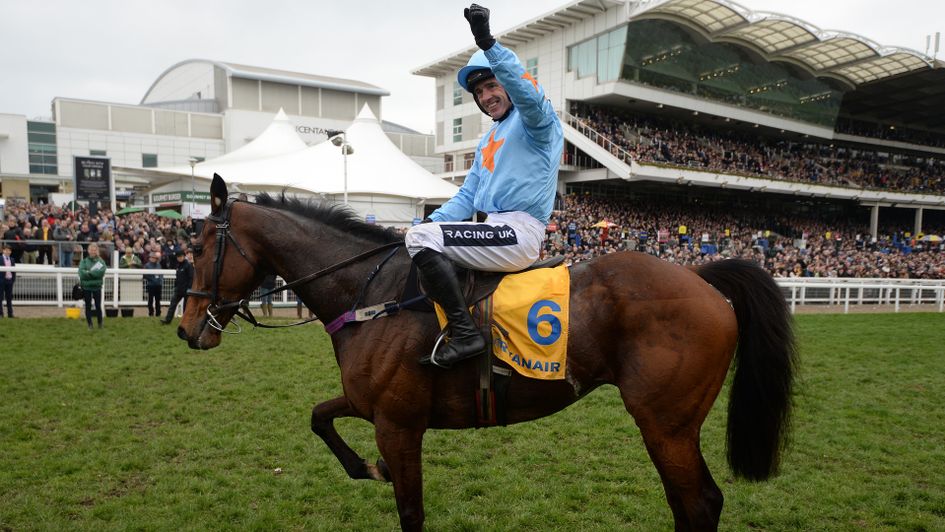 This Thursday is one of my favourite meetings of the year, I was lucky as a child that my father Seán brought me to many a race track, but Thyestes Chase Day was one of his favourites, and still is! With a 100,000 up for grabs in this year’s renewal Willlie Mullins will attempt to claw back some lost ground of Gordon Elliot’s seemingly relentless charge to a trainer’s championship. Polidam, Pleasant Company and Isleofhopeanddreams are his three runners. Polidam is at the top of the market here after his convincing win in Navan but never showed in the Paddy Power over Christmas. Isleofhopeanddreams is an interesting runner in my view, he has been running in handicaps hurdles but did win in his last chase run in Cork.

Gordon Elliot has Ucello Conti in this race again and is close to the top of market, one would hope he takes a shorter course around Gowran then he took in years previous. Mall Dini is an intended runner for Pat Kelly and it will be kept in check with a close eye on future engagements in March. Before the feature race we have the Galmoy Hurdle over 3 miles. Both Let’s Dance and Bacardys step up here, and I think Bacardys could win this on his to a tilt at the Stayers Hurdle.

His chase career hasn’t been a success of yet and with the stayers hurdle an open market he could be a huge player. Beyond the Law and Presenting Percy are two more entries that catch the eye. Also on Thursdays card the likes of Ballyward will try and get his season on track in the Maiden Hurdle while Bunk of Early, De Plotting Shed are two that jump off the page in the Novice Chase. Finally, the concluding bumper is always one to keep track of, won in recent years by Black Hercules, Getabird and New to This Town.