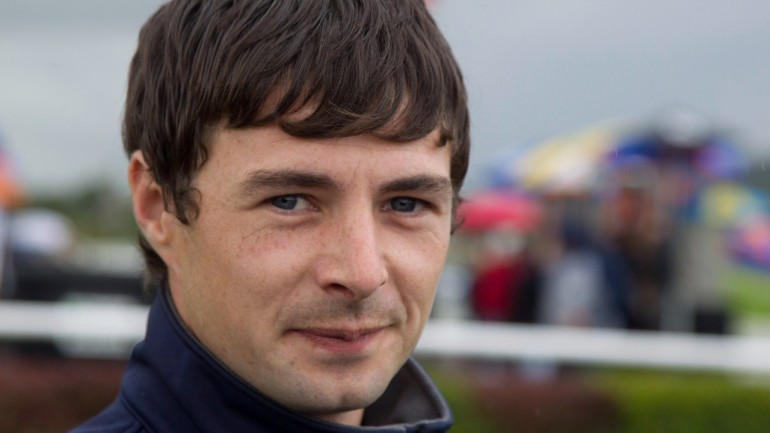 “A ship in harbour is safe, but that is not what ships are built for” is the quote written by merchant John G. Shedd, it can be related to many things in life for instance 25-year-old handler Damian English trained Cash or Casualty (25/1) beat racing stalwart Dermot Weld’s well backed Along Came Casey (6/4) at the Galway festival.

Friday, July 29th, 2011, was the occasion in question, this will always be a cherished date for Naul based handler Damian English, as that was when he recorded his first success as a fully-fledged trainer at the Galway festival with his yard favourite Cash or Casualty, winning at over-priced odds of 25/1.

Cash or Casualty was given a very tactical ride by jockey Ben Curtis, who broke alertly from the stalls on the horse but was more than contented to track the leaders but approaching the home turn Curtis took the race-winning incentive and kicked for home, the rest were only ever chasing in vein as the winner was hosed and home.

The horse went on to win a further eight times, evidently giving English, a considerable head start on his training career.

English has gone from strength to strength every season with his progression, and unique talent of steadily improving horses, where other trainers have failed including the likes of the front runner Tribal Path, who seldom ran a bad race, alongside the likes of Red avenger and Bluesbreaker, who are definitely putting this small-time trainer firmly on the horse-racing scene and getting him noted by lucrative owners, prepared to take a punt on him.

£800 purchase Geological is another inmate from English’s yard who racing fans have really grown to respect, with his customary front running style which has seen him become one of the most consistent horses in training and netting connections over £120,000 in prize money, what more could any owner want?

Though the bigger trainers in Irish horse racing decisively hold a lot of the aces with their exceptional well-bred horses and are very hard to beat though trainers like Damian English are unquestionably more than capable of having their measure and taking them on at any given opportunity and as a wise poet once quoted “It’s hard to beat a person who never gives up.”

“The difference between the impossible and the possible lies in a person’s determination”, English has the right attitude to go all the way and I am confident he will have a Group one winning horse on his hands soon, as talent will always shine through and that’s one thing English is not lacking.