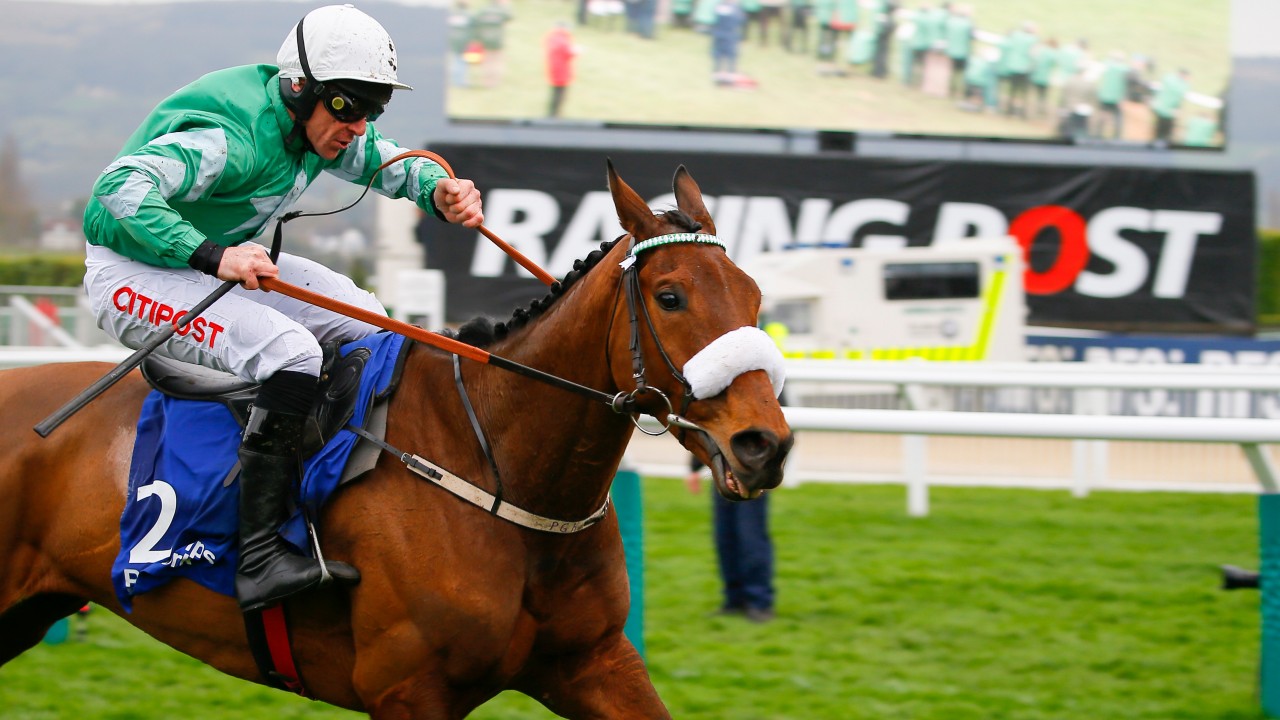 Patrick Kelly hails from Athenry, County Galway. He trains a relatively small string of horses but is one of the shrewdest trainers in the country. His placement of horses and ability to have them just right for a specific race is remarkable. 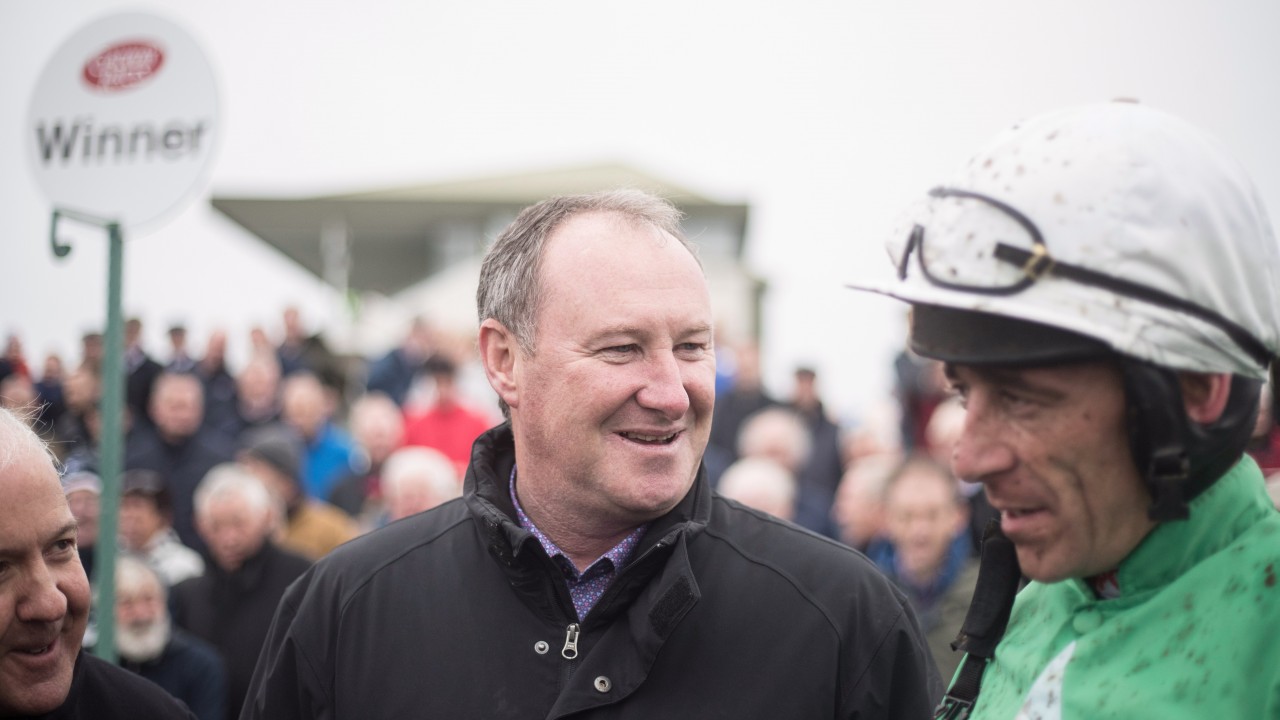 Kelly, along with jockey Davy Russell and owner Philip Reynolds have enjoyed marvellous success the last two years at the Cheltenham Festival. In 2016 the brilliant Mall Dini was successful for the trio and 12 months later, the feat was repeated by what is currently one of the most exciting novice chasers around, Presenting Percy. The former was unfortunate not to put back to back festival wins together when he finished a staying on fifth in the Kim Muir later on the same day his stablemate had helped connections claim the Pertemps for the second time.
Both horses head back to the Cotswolds this season and connections will be hoping to have a third horse joining them in the form of Eagle Lion. He is entered in the Pertemps Trial at Punchestown this coming Wednesday and will need to get into the placings to qualify. There are differences in the profiles of this horse and the two previous winners of the race. Mall Dini and Presenting Percy had had seven and six previous hurdles runs respectively before their Cheltenham exploits, but both horses were six at the time of winning the Final.
Eagle Lion will make only his third start over timber at Punchestown this week, and only his fourth career start under rules. He is already an eight-year-old, having made his National Hunt debut in a bumper late last year as a seven-year-old. Should he qualify, he would be competing to win a historic third Pertemps Final for connections at Cheltenham on only his fourth start over hurdles. Mall Dini won the race off a mark of 139, Presenting Percy off 146.
Eagle Lion is expected to get a mark of around 130. He is no bigger than 8/1 favourite for the race with some firms, a testament to the shrewd Kelly and an example of how highly feared he is amongst the bookmakers. Eagle Lion only done what he was entitled to do when winning his Punchestown maiden, but his previous from with Impact Factor of Jessica Harringtons could turn out to be quite decent. Impact Factor had finished second to Supreme Novice Hurdle favourite Getabird, and then Henry de Bromhead’s promising Stowaway gelding Paloma Blue (who himself has decent form with Samcro). He will be a very interesting horse should he get in, but unfortunately the bookies are taking no chances with his price.

Presenting Percy is entered in both the RSA and National Hunt Chase at festival. His excellent second to the high class Our Duke is brilliant form and I think this son of Sir Percy is the real deal. He is one of my bankers of the week and it will take a very good horse to beat him wherever he turns up. His most likely destination is the RSA and, if that turns out to be the case it will present the mouth-watering prospect of a clash with another extremely promising Irish trained novice, Monalee. This is a race not to be missed, but whatever finishes in front of Presenting Percy and Davy Russell will win it I feel. He is a general 3/1 second favourite for the race and at a time when value is hard to find in the ante post markets, that seems a decent price. In my opinion folks, this horse is a certainty and couldn’t recommend backing him enough.
The last of the trio entered up is the one who started the roll off, and indeed gave Kelly his Mall Dini and Davy Russell Cheltenham 2016 them ost lucrative winner since Natalies Fancy had won the Galway Hurdle in 1992, Mall Dini. He holds just one entry at the festival, the previously mentioned National Hunt Chase. Again, a serious case can be made for this horse, and while he hasn’t won since the festival in 2016, he has run some gallant races in defeat and could once again shine on the biggest stage of them all. A general price of about 8/1 is available, but to me that seems a little short, and if Presenting Percy goes to the RSA as expected, the market will prove interesting for this one. It is an amateur riders race, so the booking of a top amateur will also add to his appeal.

One thing is for sure though, there will be no stone left unturned and the horse will be ready to give his all

It is not inconceivable to think that Kelly and Reynolds could have a clean sweep and win with all three horses. All of them have chances and the more optimistic punter amongst us could see the value in putting the three together in one of the variable multiple bet options available. Whatever way it works out, Pat Kelly should be commended for his brilliant work with these horses and should be seen as an example to any trainer with small strings and big dreams. It can be done.