The whip in horse racing. Say it to some person on the street and they will probably tell you that they think it is cruel on the horses.

While it looks punishing on our beloved racehorses, it isn’t really, let me explain why. First, the whip can be used to keep your horse focused and stop it from causing interference to other horses in a race.

Say if your horse is drifting out to it’s right, a jockey will put the whip in his / her left and give it a tap on its left hind quarter, that should straighten up a horse again, but obviously some have a mind of their own!. 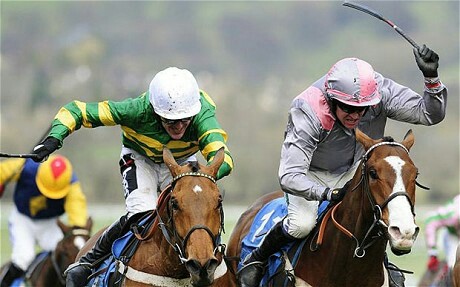 The best jockey tends to not use the whip as often as other jockeys. Kieran Fallon had a way of getting horses to lengthen by whistling in their ears. Nowadays, Ryan Moore is the man who uses his technique to get the best out of horses by using his hands in rhythm with a horse’s stride.

The whip problem is ultimately worse though in other countries. Such as in America where I find some jockeys are using it far too much.

One incident is that of the 2015 Kentucky Derby. Where Victor Espinoza, the winner aboard American Pharaoh used the whip 32 times during the final couple of furlongs. He used a technique called the “windmill whip”, which sees the whip continuously being used in a windmill like motion. It was certainly one that caught the attention of the “ban horse racing” brigade.

Using the whip too much is undoubtedly easy to do, especially in the heat of battle when you are reaching for the winning post.

We will almost definitely see a whip ban or two at Cheltenham next week, as of course, everyone wants a winner. 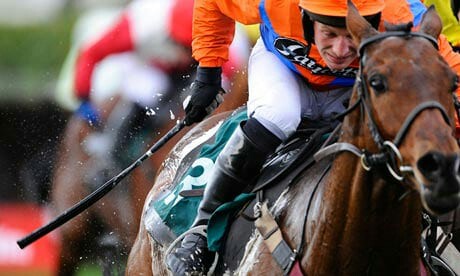 And my last point is that the whip doesn’t hurt horses, it can leave a mark if a jockey uses the whip too much. The whips used nowadays are tested to make sure they don’t harm horses and have a foam padding. It is really the noise it makes that the horses respond to. As for banning the whip, I think it would be a dangerous thing to do.

Let me know what you, the readers think.