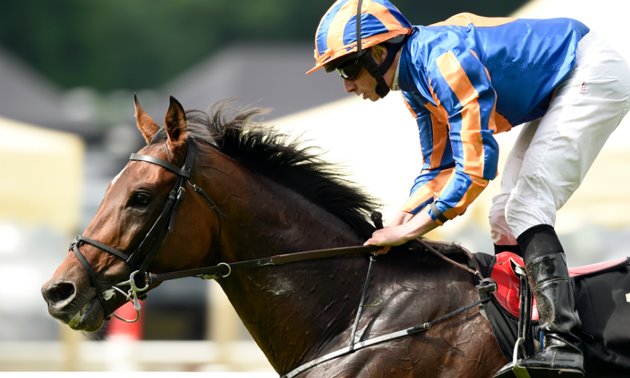 British challenger Lord Yeats, trained by Jedd O’Keeffe, set out to make it a true run race and Paul Mulrennan certainly tried to stretch them, though when they turned for home, Jockey Ryan Moore was wise to the move and coasted Order Of St George towards the middle of the course to make his challenge.

Leading at the final furlong marker, Aidan O’Brien’s three time group one winner brushed them aside effortlessly to score by five and a half lengths, in a manner that suggest there is any amount of improvement expected from that on his seasonal appearance.

Winning trainer O’Brien stated “I’m delighted with him, and hopefully he’ll go for the Saval Beg (at Leopardstown on May 25) which is what we usually do and then on to Ascot.

“He finishes out very well when he gets into his tempo, and he gallops up the hill. Ryan said he was very relaxed and moved very well. They would be the two things that you would love to hear.

“We were looking forward to getting him started, he was well ready to start and will hopefully progress on to the next one. He was in a nice place.”  Added O’Brien

It’s not advisable to get over excited by a winner of a three-runner event at the end of May, but I have the suspicion that Order Of St George is better than ever and looks to have matured and could well go on this year to prove the doubters, he is up there with the greatest stayers of our generation.