Despite the best endeavours of the weather during this appallingly relentless winter, the 2017/18 NHF crop has shown more than enough promise and talent to confirm what we all love to see and that is, that the sport we love is in rude health at its grass roots in p2p both sides of the water as well NHF and we can all look forward to seeing the talent develop in Novice Hurdles during the Autumn.

It’s easy to see and find the top ten or so rated bumper horses of the season and it would be easy and lazy just to rattle them off but come the start of the new season proper every man and his dog will be aware of them when they appear, value will be scant at restricted prices.

So, a bit of digging is required, and it’s been my modus operandi for a number of years to try and find a group of bumper horses which fly below the radar in terms of performances and ratings but nevertheless, host potential and improvement over hurdles at two miles and beyond due to mainly scope, pedigree and promise to this eye on the track.

So here are my thoughts for a few horses in Novice Hurdles for the Autumn. 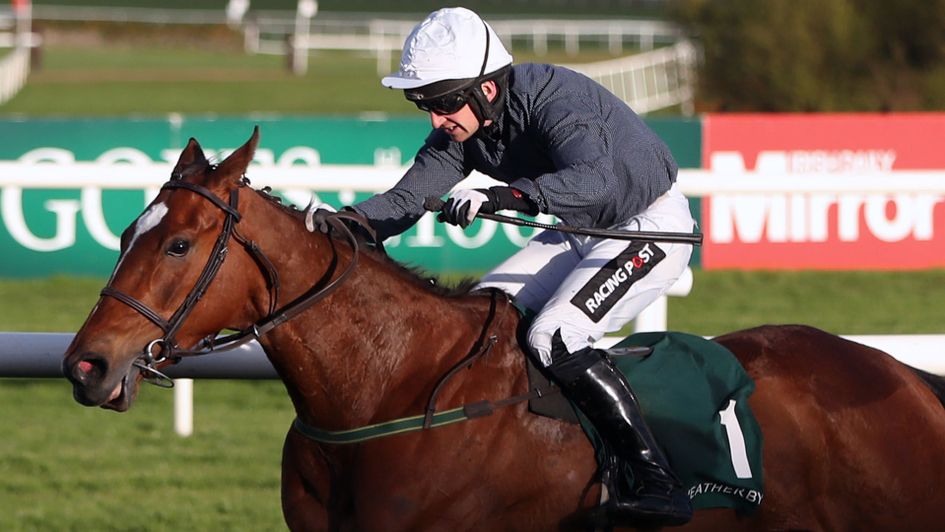 Willie Mullins has an interesting horse on his hands with this well-built daughter of Flemensfirth. She has run four times this season, all in quality races which culminated in winning a G3 Mares Bumper at the Punchestown Festival in April.

Mullins track record with mares is sensational when you think of Annie Power and Quevega et al. Now I am not saying this mare is in their class yet, but she was considered good enough to take her chance in the Cheltenham Festival Bumper and finished a creditable seventh.

To me inexperience in finishing off the race prevented her from getting closer to the leaders.

No such worries at Punchestown though, a case of lesson learned by both trainer and horse when she loomed up on the home turn and readily put the race to bed.

It wasn’t spectacular and hasn’t particularly received merit in terms of rating, but this mare could be lethal in Mares only races over a trip she is bred for in the coming years.

Expect to see her over hurdles in soft ground over 20f plus and you should be rewarded, particularly the first two times under those conditions.

After she becomes exposed, being trained by Mullins, her price outside of the major festival may be restricted.

Commander of the Fleet

A son of Fame and glory, well bought for 47k Euros, trained by a genius, owned by Gigginstown, wins the prestigious Goffs Land Rover Bumper first time on a race course at the Punchestown festival, powering up the home straight with a lovely and impressive turn of foot.

I was there, in the Stands and my first thought was “Wow”. He looked great in his coat in the Paddock, relaxed, took it all in, whats not to like?

Well for some reason the ratings guru’s of leading form companies weren’t that impressed. Probably, I suspect, because the field was full of unraced horses with various degrees of maturity and readiness.

Yet one could not fail to be impressed by that turn of foot when he put the race to bed having travelled like the proverbial wrath of god.

I really like this horse and if sufficient notice is taken of the ratings on offer when he reappears, particularly on a galloping track like Fairyhouse or Punchestown in the autumn, over a trip of 20f he may just turn out a value horse.

Make no mistake, this is a horse with a future and it would not suprise me one bit if he made a successful transition to hurdles, and eventually rocked up in the Ballymore over 2m5f and the Cheltenham Festival.

A daughter of Getaway this time and much of what I said previously about temperament stands here too.

Having said that she has had number of very good runs and does seem an even tempered mare at this stage and progressive too in my opinion.

Her last two runs, firstly at the Dublin festival, where she finished a very good second to the subsequent Cheltenham Bumper winner, and secondly at Aintree where she capped off a progressive season by winning the mares bumper there,

were high impressive in nature and I suspect like Colreevy she will be kept to mares novice hurdles next season over 16f-20f, soft ground.

However, the opportunities may be wider for her given she is proven on a tight track now too.

Being by Getaway out of a Dr Massini mare she may, in time get 3m in which case festival trips for mares may well beckon.

Her trainer, perhaps not a household name, is more than capable and Jamie Codd may well keep the ride in which case she is another which may well fly under the radar early doors at a nice price.

Those are my First five for the tracker for early season. In part two next week I shall have 5 more little nuggets and potential winners for the Autumn

Getaway is a sire who progeny seems to be coming more and more to the fore and his son Fontley House made an extremely promising debut in yet another Punchestown bumper race at the festival beaten only by more experienced and scopey opposition.

Having been heavily backed during the day one can only conclude his shrewd and more than capable trainer, Peter Fahey, thinks and awful lot of this horse and clearly, he had been showing plenty at home to have been entered here on debut and to be the subject of a mini gamble.

Going forward I see this horse as 16f-20f horse, cut in the ground, galloping track type horse…My only reservation is the sire can throw up some temperamental types,

Having said that he has been left till he is six years old to make his debut so there is a degree of maturity already and I suspect will have a busy campaign next time round.

One to watch flying under the radar

A change of Stables during the winter seemed to do the trick for Al Dancer when he joined Nigel Twiston-Davies.

He produced a very confident and capable performance at Bangor on Dee in March where the race was put to bed a full two furlongs out when he was produced to lead under Jack Savage.

The performance was sufficient encouragement for his trainer to plunge him his to the Grade two bumper at Aintree where he showed sufficient scope and talent to be included in this list.

Wearing a first time hood he was held up up but travelled into the race. At 5f out he wasn’t well placed at all and by the time he found his stride the front 3 had the race between them.

Nevertheless, the way he ran on into an excellent Fourth place showed that the talent is there.

A scopey son of Al Namix, he will almost certainly come into his own over a trip and is one to consider at 20f plus with a hurdle in front of him.

One Thing I would say is that his running style may be best served on a tight track as opposed to a galloping track Newbury.

I may well be proved wrong on that but it’s just an observation which may bear fruit in any future bet.