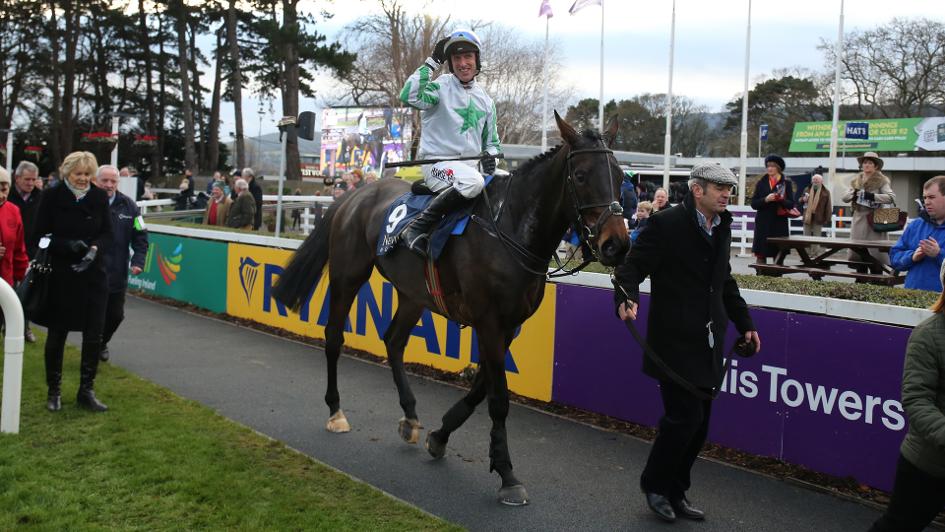 Over the past few weeks the National hunt scene has been frantic. We have had the Aintree and Punchestown Festivals, the Scottish Grand National and the end of season finale at Sandown. The action on and off the track has been utterly amazing in the month of April.

During this popular period, it was announced with great sadness that we lost Our Duke. Jessie Harrington broke the news on April 19th via her twitter account. He unfortunately suffered a heart attack in his stable. He was just a sprightly 8 year old entering the peak of his career.

His career began back in 2015 at Punchestown. He ran away with a national hunt flat race by a wide 21 lengths. Made even more special as he was ridden by Jessies daughter Kate. He would then clash heads with Death Duty and come out second best, but his career was never going to be defined by the early stages of his development. He was always going to be a chaser so what he would achieve over hurdles was a bonus. More of an education process. The long awaited chase debut would come along at Navan on a chilly December afternoon. He blitzed them in the beginner’s chase by 11 lengths but we got shown the first sign of his jumping frailties. His sights were raised later that month when he won his first grade 1. It was a battle to remember with Our Duke getting up close home from Coney Island and Disko. Although Disko would get revenge the next time they met.
It was on 17th April 2017 when Our Duke would have his finest hour. Connections resisted the temptation that is the Cheltenham Festival and instead opted for the Irish Grand National.

He had a lovely race weight of 11 stone 4 and was sent off the 9-2 favourite. Always prominent before hitting the front 4-5 fences from home. Robbie Power sent Our Duke in search of the finishing line and he was a disappearing target for his all his rivals. He galloped them into submission. It was a fine training performance. Robbie Power was pure class and grit in the saddle as he allowed Our Duke to find a rhythm and jump at pace before using his staying powers to run away with the race.

After this Our Duke would grace the race course 4 more times winning once. Last seen pulling up in the Gold Cup. After his Irish National win he was being talked up to be serious contender to stable mates Sizing Johns throne to Gold Cup Glory. Unfortunately, back problems meant we never saw the best of Our Duke in what turned out to be his final season.

Our Duke was one hell of a racehorse. Duke by name and duke by nature. His lack of respect for a fence made him a handful of a ride but while his errors would of stopped 90% of horses, he shrugged them off and battled on with the race.

He was a tank of a horse with a heart to match. Let’s not remember Our Duke for his final race. Let’s remember that young 5 year old who was destined for top over fences. That 7 year old who reached the top over fences. His Irish National win was the real Our Duke! A race which will be shown on TV for many years to come. A demolition job!