The Dermot Weld-trained Hazapour (16/1) has come into the Investec Derby picture following his success under Declan McDonagh in the Derrinstown Stud Derby Trial Stakes at Leopardstown.

The three-year-old colt, owned by HH Aga Khan, is a nephew of Harzand, winner of both the Investec Derby and Dubai Duty Free Irish Derby in 2016, when also trained by The Master of Rosewell.

The son of Shamardal, who won a maiden at Galway last year was positioned in fourth throughout most of the 1 mile 2 furlong Group 3 contest before taking the lead about 200m from the line and holding on for a surprise success. 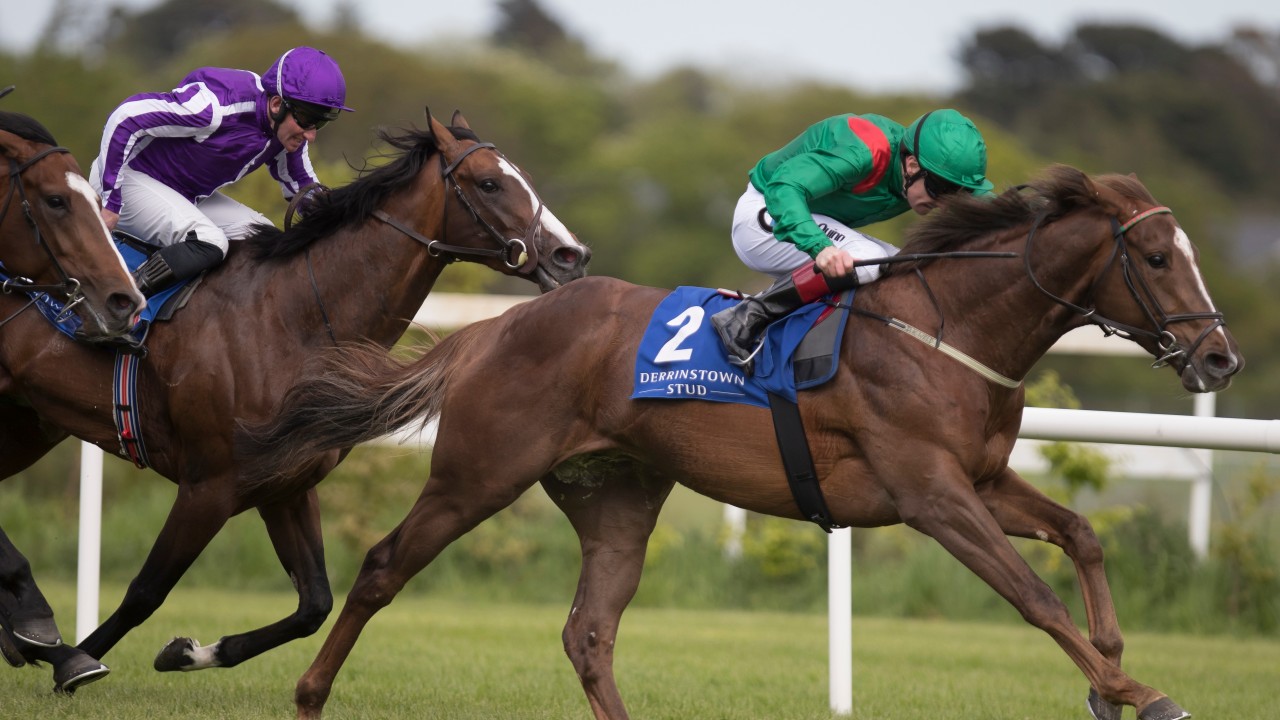 Winning trainer, Dermot Weld, said of his winner: “I thought he did it very nicely when he won his maiden in Galway and the horse he beat easily was the horse of Aidan’s that had been running well at Group level (Hunting Horn). He’s developed over the winter; he’s progressed very nicely and worked beautifully the other morning. He handles the ground well, a medium-sized balanced colt, and he’s a nephew of Harzand, so therefore there’s only one logical way to go with him. See if he can emulate his uncle, that’s the plan.”

The Aidan O’Brien trio of The Pentagon (6/5f), Nelson (5/2) and Delano Roosevelt (9/2) dominated the market, with the latter coming home three-quarters of a length behind in second under jockey Wayne Lordan with the Séamie Heffernan-ridden The Pentagon a neck further back in third place.

Weld said Hazapour possesses many of his uncle’s (Harzand) characteristics:

“This horse has very similar characteristics, very tough, very genuine colt, and very adaptable ground-wise, maybe would never want firm-firm ground. His ground is good to firm. He’s a lovely horse to train, he’s a stayer with speed and this had always been the plan.” 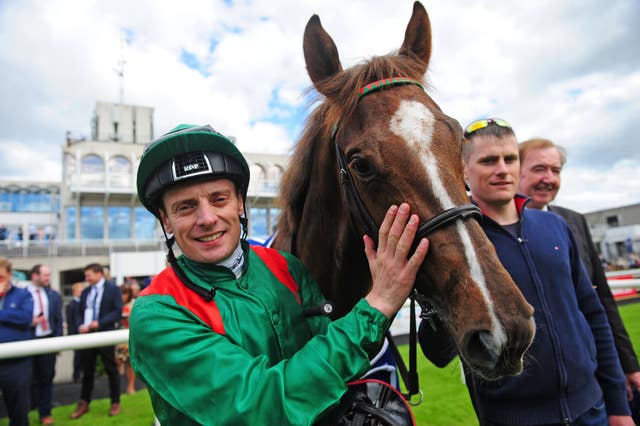 Despite the big starting price of 16/1, the Master of Rosewell wasn’t shocked by his colt’s victory: “He’d been working very well. All our horses are running very well. That’s why we’re here.”

He has stated that the extra distance of the Investec Derby at Epsom may be a slight concern, however:

“(It is) a concern within reason. He’s out of a mare by Daylami but he was getting home well there. He has a lovely way of galloping, he gallops low to the ground, and those type of horses tend to stay. He settles nicely, and he relaxes; you can put him anywhere in a race. There are a lot of advantages to him and he’s got a nice bit of pace.”

🗣"Let our hardworking team promote your company or brand through our popular platforms for less than £10 per month". Full details ⤵