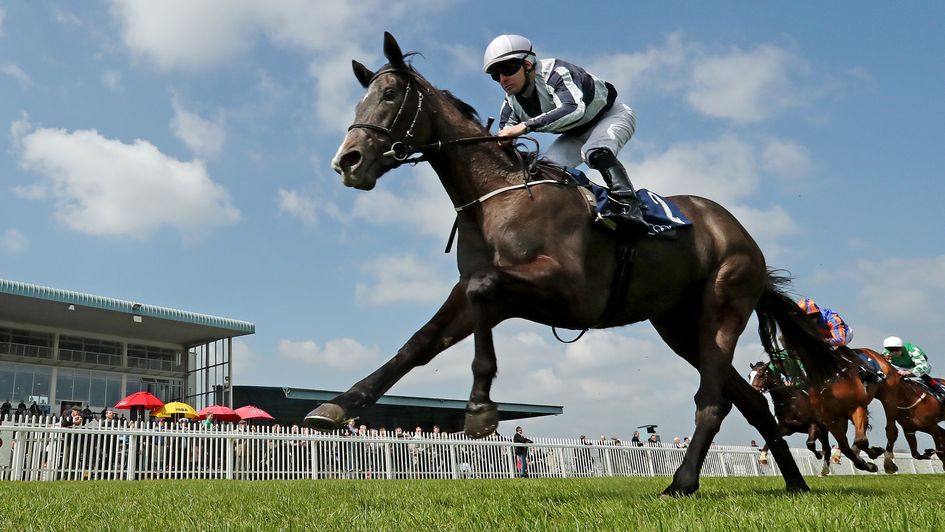 It is still only July and it is seeming that the coveted position of Cartier Horse of the Year Awards looks to be heading to a filly for the 3rd year in a row with Alpha Centauri leading the race on 96 points.

This seeming inevitability would have come as a surprise to anyone who saw the first run of the season of this daughter of Mastercraftsman, who finished 10th in a Group 3 at Leopardstown.

But since this disappointing run which must be noted was on heavy ground the homebred filly of the Niarchos family has set European racing alight. First in the Irish 1000 Guineas, she found a comfortable victory over a strong field which included the likes of Clemmie the full sister to dual Guineas winner Churchill. This was both a remarkable success for the Niarchos family who had already found classic success this season via Study of Man in the Prix du Jockey Club but also for the multi-faceted trainer Jessica Harrington who added to her 2017 success in the Cheltenham Gold Cup win with Sizing John and Our Duke in the Irish Grand National.

However, it has been Alpha Centauri’s two following runs which seem to have put her into a league of her own. In the Coronation Stakes at Royal Ascot a race which contained both the English and French Guineas winners, Alpha Centauri produced what was without doubt the performance of the week making all to win by 6 lengths.

This performance was quickly followed up in the Falmouth Stakes at Newmarket where again she dominated the race with Colm O’Donoghue having to go nowhere near his whip in the 4 and a half-length victory.

The big question is what next for this triple Group 1 winning filly. Will she return to Ireland or will France and the Prix Jacques le Marois beckon? For me whatever race lies ahead of Alpha Centauri she is very unlikely to come up against anything in Europe that can beat her over a mile, regardless of whether this includes taking on the colts.

The only danger for her lies in the form of another filly, the Karl Burke trained Laurens who lies second in the Cartier rankings on 88 points. Since coming second in the English 1000 Guineas, Laurens has gone onto win 2 French Group 1’s over 10 furlongs. Because of this difference in preferred trip it remains unclear whether these two will meet. However, if they do it will be sure to crown the champion horse in Europe.

What is clear that regardless of where either of these two head next, the champion horse in Europe is likely to be a filly. And with Enable set to return for the second half of the season the fillies are likely to dominate the season.

The performances of Alpha Centauri reinforce an important point within the sport of racing that unlike the majority of the sport’s history it does not have to be a male dominated environment. And if we can see successful competition between both sexes on the track when is this truly going to translate to this off it.

2018 certainly appears to be a girl dominated season an idea reinforced by the training performance of Jessica Harrington and that of Eve Johnson Houghton who trained Accidental Agent to win the Queen Anne at Ascot.

2018 will hopefully be a lesson to the racing world inspiring a future generation of female trainers, translating into a more 21st century existence for the sport of racing.

🖥Join our fun filled club, that is sure to keep you in profit all year long.