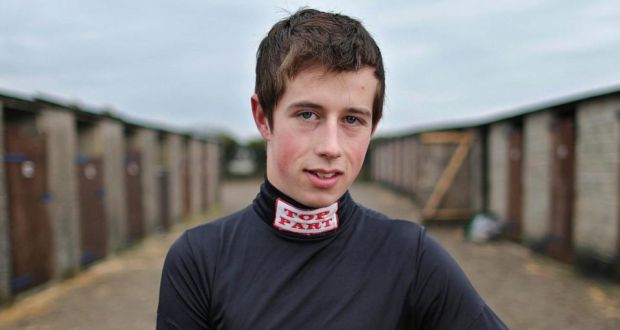 Co. Kerry born jockey Bryan Cooper started his career as an apprentice jockey on the Flat, with Curragh based trainer Kevin Prendergast however he only attained one winner on the Flat he astutely decided to go down the national hunt route.

Almost automatically into his career as a national hunt jockey Cooper was in serious demand, so much so, that he claimed the title of Champion Conditional Rider in 2010/11 with great ease.

There was no-one quite like Cooper at that time, he was riding with serious confidence and almost everyone was astounded by his maturity in the saddle.

The pinnacle moment of Cooper’s career was when he rode three winners at the Cheltenham Festival in 2013. He was then appointed by Michael O’Leary to be the retained rider of his Gigginstown House Stud operation in January 2014.

Cooper accepted the job that some punters termed “The poison chalice” as the Gigginstown operation hastily got rid of jockey Davy Russell, for no apparent reason however what a fortuitous opportunity for young Cooper to prove his obvious talent in the saddle to a wider audience.

With the highs, there are always serious lows, Cooper suffered a broken leg in a fall from Clarcam in the Fred Winter Juvenile Handicap Hurdle at the Cheltenham Festival in 2014, he spent seven long months on the side-lines.

The Cheltenham festival was kinder to him the following year, where he partnered the Willie Mullins-trained Don Poli to success in the RSA Chase, he then scaled new heights at the Festival in 2016 where he relished his biggest success to date when taking the Gold Cup on the Gordon Elliott-trained Don Cossack.

Cooper then lost his position as retained rider to Gigginstown House Stud on Friday, July 28th, just three days before the start of the 2017 Galway festival, which was a serious blow for the young man. From hero to zero in a matter of weeks, leaving him basically stranded, starting from fresh was the only way to salvage his career.

“With great power, there comes great responsibility”, this quote is comparable to Bryan Cooper’s circumstances, he has achieved what some jockeys will never achieve in a lifetime and also attained a blow that some jockeys could never bounce back from however Davy Russell is a prime example “There is life after Gigginstown”.

The last few months have been slow enough for Cooper nonetheless his statistical record is impressive for the number of rides he is presently receiving, he may not be riding the best thoroughbreds in the races, though he still has the ability of gaining the best position with his exceptional horsemanship that got him in the position of great power in the past.

it’s only a matter of time before he re-enters the limelight, until then I am more than contented to be getting a good price on his booked rides.

Remember the old saying “Form is temporary, class is permanent”. The rise of Bryan Cooper is forthcoming, just you wait and see.