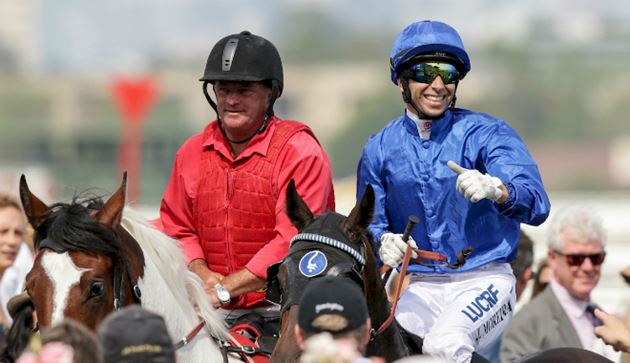 Brazilian born jockey Joao Moreira is just about the hottest property in the world of horse racing right now. A double at Ascot’s Shergar Cup meeting last Saturday further boosted his reputation in the UK and whetted the appetite for a potential future stint in the UK.

Moreira is recognised simply as ‘the magic man’ by millions of racing fans around the globe, he was given the nickname due to some of the almost impossible things he has performed in the saddle. Among his greatest achievements are riding eight winners on three occasions in Hong Kong (twice) and Singapore. He is best known to most people as the jockey who people most often debate as to whether he or Ryan Moore is the best jockey in the world. That question is up for debate, but certainly seeing them go head to head would be a thrilling assumption for the sport in Europe.

Now Joao is riding in Japan and if he passes an oral Japanese test in October then he will get a full contract to ride in the land of the rising sun. It would be odds on that after he’s finished riding in Japan that England would be his next preferred destination. So, who would or could be his main employers if he came to England?

It is understood that Godolphin’s supremo Sheikh Mohammed is a big admirer of Moreira, and Joao has ridden a couple of Godolphin owned horses when he has been on duty in Australia in the past. And, I’m sure with his lofty reputation Joao would pick up plenty of good outside rides too. Ascot is the only track at which Moreira has any riding experience, some people do forget that he was only a nose away from a famous Royal Ascot win in the 2015 King Stand Stakes.

Social media has been awash with praise for ‘the magic man’ after his Shergar Cup double last Saturday, with many looking forward to seeing him a regular fixture over here in hopefully the not too distant future.

#RUKMomentOfTheDay: Magic Man Joao Moreira lives up to his reputation among the world's top jockeys with a brilliant ride on Berkshire Blue in the #DDFShergarCup at Ascot

Watch all the finishes from today for free in our results & replay section ➡️ https://t.co/7iJOPsdIyZ pic.twitter.com/tKnuA66ZLC