Born and raised in County Cork, Paul Townend has demonstrated time and time again that he is one of the finest riders involved in the Irish racing scene.

Townend’s father Tim trained point to pointers back in the 70’s, also his uncle Bob was a distinguished jockey, as was his cousin Davy Condon, who was as good as they get until he was forced into an early retirement due to injury. Undeniably Townend’s involvement in horse racing was never in doubt with that sort of bloodline.

He stated off in pony racing circuit, attaining valuable riding experience, alongside getting success at any given opportunity. Numerous pundits already had him tipped for big things even from early on in his career it was evident that Paul Townend was destined to be a bit special.

Townend left school at 15 years old, fortuitously he then received employment with Willie Mullins, initially as a flat jockey. His first ride in the public eye was in Ballinrobe back in 2007, he was seen to good effect finishing 3rd on Temlett in a maiden contest, an eye-catching debut by any jockeys standards. This was closely followed by his first taste of success on board The Chip Chopman in June 2007 a horse he won twice on, trained by Seamus O’Donnell.

Townend like numerous jockeys before him struggled with his weight forcing him to make the transition from being a flat jockey to being a National Hunt jockey.

It wasn’t until the 2010/2011 season that we got to see how exceptional Townend was as a jockey. The reward for his consistency was being crowned champion jump jockey in 2010/2011 firmly placing his name amongst the legends of Irish horse racing. 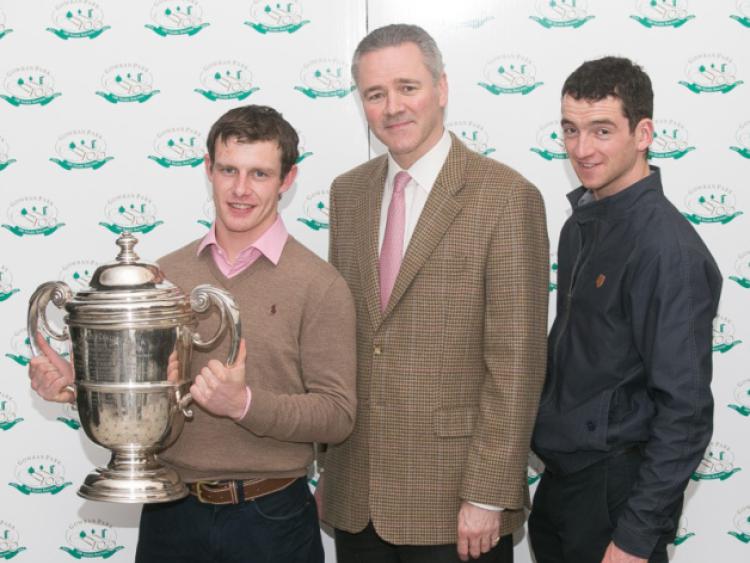 Townend is now a familiar face in the winner’s enclosures’ up and down the country, perhaps at times his success gets disregarded because of the regularity of it.

The determination and drive of Townend can easily be seen, he is certainly no quitter. This go-getting jockey is not going to let anyone get in his way of his success.

Townend is the perfect role-model for any upcoming jockey. He has proven anything is possible when you are prepared to put the work in, that statment has been reflected by the long-term backing he has attained from Champion trainer Willie Mullins.

This young jockey is not even thirty years old yet. The best of Paul Townend is unquestionably still to come.

☕Do you want a personalised Mug? If so get in touch with @MugPrintLimited

Visit their site for for further information & pricing >https://t.co/zLNqOyfxmZ pic.twitter.com/UjNt4KMBy7