Our sub-editor @Glen_colt has noted five things to watch out for at the forthcoming much anticipated Irish Champions weekend.

Two of the top three-year-old Fillies in training clash in the prestigious Matron Stakes. While Alpha Centauri has been blazing a trail of riches over a mile, Laurens has been running over further distances such as ten furlongs and twelve furlongs. Laurens was placed in the Newmarket 1000 Guineas back in May, so she can mix it with the best of her generation over a mile. However, all truth be told, Alpha Centauri has become the top three-year-old in training. And she will be very hard to topple on Saturday.

The big rivalry that has stretched from the Racing Post Trophy of last year is set to continue in the Irish Champion Stakes, one of the top ten-furlong races in the world. Roaring Lion is looking for a Group 1 hat trick after wins in the Eclipse and the International last month at York. Saxon Warrior was just nosed out in the Eclipse by his great rival and finished fourth in the International, although he was well short of peak fitness as he was badly affected by the bug that swept through Aidan O’Brien’s yard. It will be much closer this time as Saxon Warrior looks to level the score at 3-3. 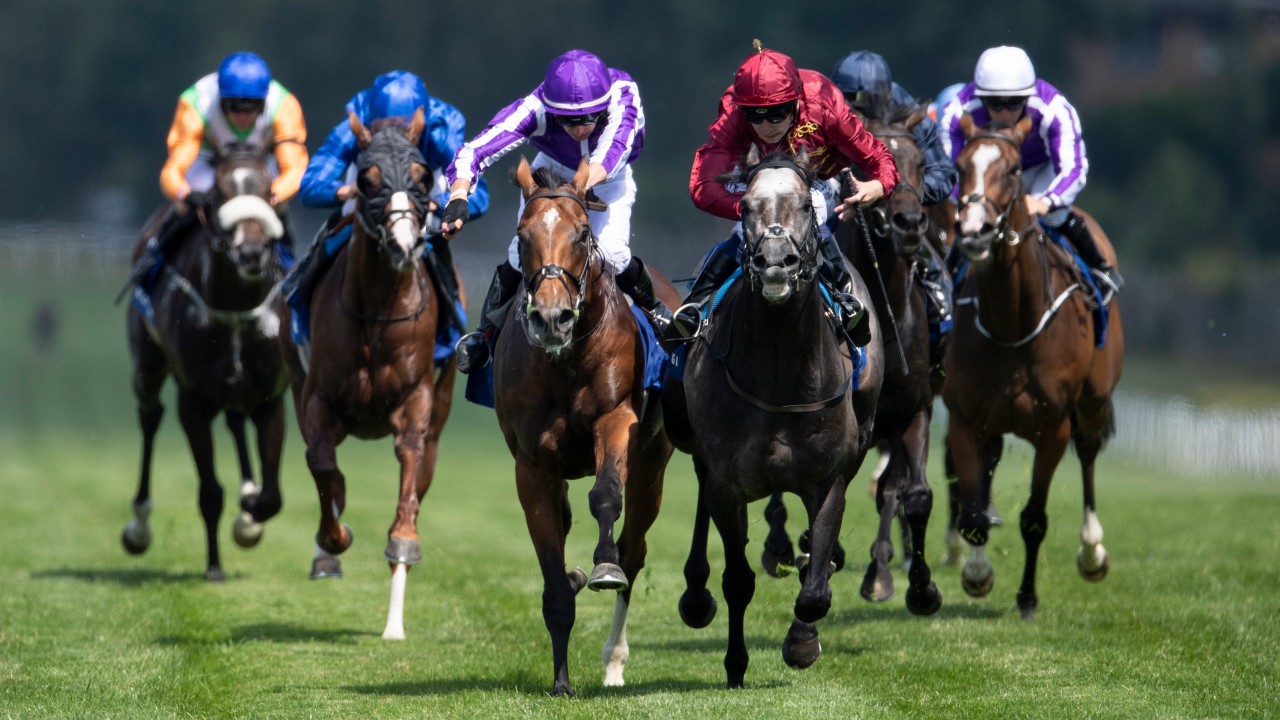 Irish trained two-year olds have dominated the Moyglare Stud Stakes & the Vincent O’Brien National Stakes in recent years. However, this year there is a more potent British challenge. There might be no Pretty Pollyanna in the Moyglare but her Ascot conqueror Main Edition is well fancied in what looks to be an open race. Charlie Appleby may run French Group two winner Beyond Reason in the same race. Godolphin have a strong hand in the National Stakes, Mark Johnston’s impressive Goodwood scorer Dark Vision & Charlie Appleby’s highly rated Quorto will head into battle Ireland’s top two-year old Colt, Anthony Van Dyck. It could be a good weekend for the British raiders.

He might be Champion Jumps trainer but Willie Mullins is no stranger to having winners on the flat too. In the “Pentigo” handicap, the second race at Leopardstown on Saturday, the master of Closutton has no less than nine entries. Of course, not all of them will get a run, as some of them are too low on the weights. The horses that do get in are sure to be well fancied. Star Mare Limini would be the pick of the Mullins runners if she were to run.

The news that the Derrinstown flying five would become a Group One was most welcomed by everyone in the Irish racing community. It was long overdue that Ireland should play host to a Group One race over sprint distances. There are twelve horses engaged in the race at this present moments. Heading the market is the Karl Burke trained Havana Grey, with Sioux Nation and the popular Hit the bid among the other fancied runners. It shall be a historic race.