Another jump season is just getting going in Ireland. This week’s Kerry National represents the start of the jump season proper as the first major prize is fought over. Irish jumps’ racing has become a battle of the titans in recent years, with the Heavyweight yards of Elliott and Mullins going toe-to-toe and 2018/19 is unlikely to be any different. While other yards do their best, notably Harrington, De Bromhead, Meade and a few select others, it is ultimately a 2 horse race to be top dog. In recent years the Mullins domination has been challenged like never before, with Gordon Elliott edging closer and closer, like waves on an incoming tide, there is an air of inevitably that he will one day succeed to Mullins throne.

Key to this shift perhaps, is the endless growth and domination of Michael O’Leary’s Gigginstown House Stud. Their ever-expanding empire of jumps horses has allowed them to dominate racing in a way never seen before. Coupled with a decision to remove their horses from Willie Mullins in 2016, following a public dispute over training fees and throw almost all of their weight behind the mercurial Elliott, they have changed the map of Irish jump racing forever. As little as 5 years ago, it would have been unthinkable to suggest that anyone would be able to challenge and surpass the domination of Mullins and Ricci, but it has happened. 2018 brought incredible success, with victories at all of the major festivals, crowned perfectly with Tiger Rolls outstanding win in the Grand National in April. That he denied the Willie Mullins trained Pleasant Company by a head can only have sweetened the victory. However, at Punchestown Mullins was to strike back and with a miraculous week, which stunned the racing world, he clawed back an enormous deficit to wrestle the trainers crown from Gordon Elliott’s clutches. Elliott and Gigginstown were still not quite on the Irish Racing throne.

2018/19 is likely to be another record-breaking year. They have more horses in training than any other owner in Ireland, eclipsing even the mighty JP McManus. Whilst their big races tactics do not always please the purists, with often 5 or 6 darts thrown at the major races, there can still be no doubt that they are a force to be reckoned with. From Grade 1 Chases, to Sunday afternoon Handicap hurdles, the famous purple and white colours will adorn every Irish race-card in the next 6 months and beyond.

As such, I have compiled a list of 10 to follow. Some established household names, some true champions of last season on course for more glory and some emerging talent from the Gigginstown ranks. Given the number of horses in those ranks and the enormous potential that may yet emerge, the list could have contained 100 names to add to trackers up and down the land, but for now these 10 will suffice. 2018/19 will almost certainly be another record-breaking year for the O’Leary operation; the only question is how high they can go?

The Jewel in the Crown of the Gigginstown Operation, hailed by many as the best in training and a future star of National Hunt racing. Already a festival winner with his classy performance in the Ballymore Novices hurdle last year, his only defeat in 7 career starts coming in the Punchestown Champion hurdle when he fell 3 out when in contention. The endless debate over whether he will go chasing or stay over hurdles has made Samcro a twitter topic up and down the land. Given the recent comments of Michael O’Leary and Gordon Elliott, even if they have made up their minds they are unlikely to tell us anytime soon. An intended seasonal start at Down Royal in November seems to be the plan either way. Currently 4-1 for the Champion Hurdle, 2nd only to reigning champion Buveur D’Air, this price is likely to shrink if hurdling becomes the plan. However, the 2-1 available to win any race, could represent value as if he goes Novice chasing, he is more than likely to be odds on for a Cheltenham race, be it Arkle, JLT or RSA. Whatever happens, his prep is likely to take place in Ireland, where he will most likely win at short prices as others avoid a clash with this racing superstar. Not always a betting proposition for punters, he is never the less a magnificent horse to behold for the new season. This well-bred Milan gelding, out of a Presenting mare, is clearly made to be a chaser. He fulfilled his potential last year with a classy win in the Thyestes chase at Gowran Park. He then backed this up with a Grade2 win at Navan and a solid 2nd to The Storyteller in a Grade 1 at Punchestown. Most likely seen to his best with some cut in the ground, this second season chaser has the potential for further improvement this year and is likely to make an impact in top level staying chases over the winter, with the distinct possibility of moving into top grade company. With an official rating of 151, there is definitely more to come, and he is worth keeping on side.

To win a Galway Plate and a Ryanair chase in the same season was an incredible achievement for Henry De Bromhead’s charge. On the go for more than 8 months that yielded Grade 1 wins and 3 other places in graded company, he improved by 23lb in that time. He can be forgiven his below par 4th at Aintree behind Politologue and Min as he was understandably over the top by then. With more improvement very likely, he is set for another season at the top level, with a Ryanair or possibly even a Gold cup campaign in the offing, 8-1 (Ryanair) and 25-1 (Gold Cup) seem fair starting prices for the new season, with Balko des Flos likely to pick up a few nice prizes along the way. 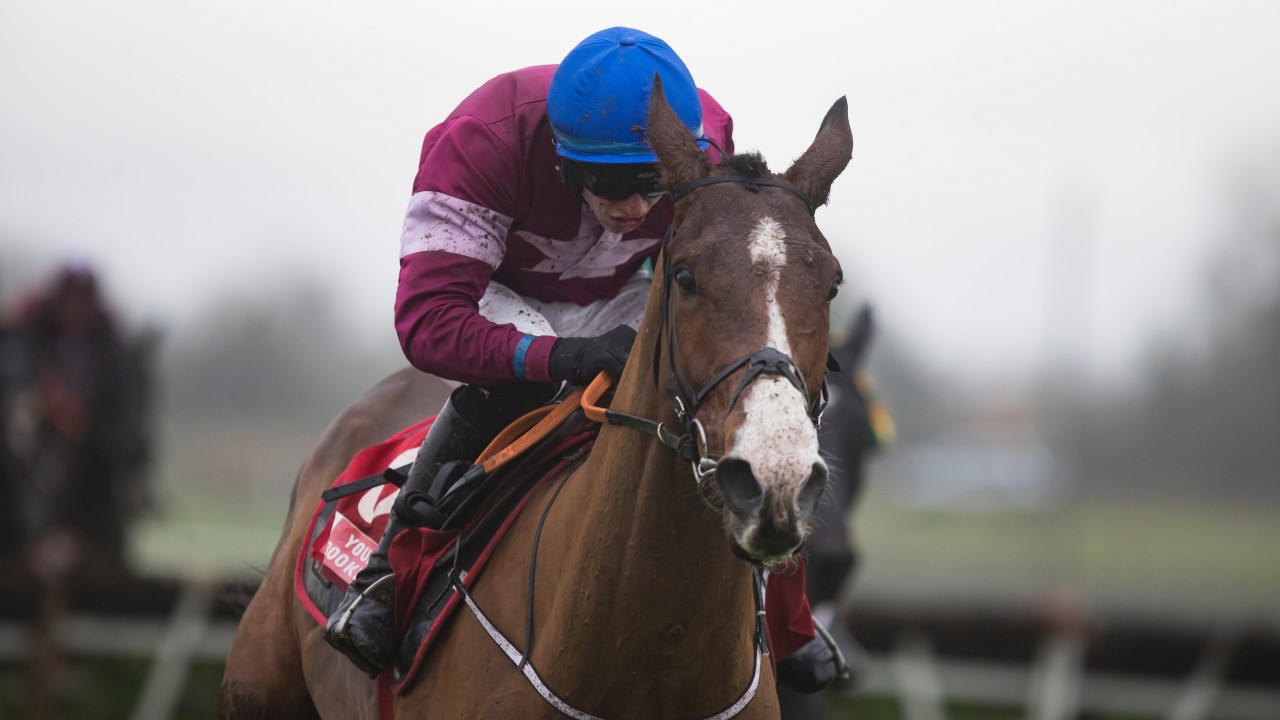 At the start of December 2017, Mengli Khan appeared to have the world of the Novice hurdling division at his feet. 2 solid wins at Navan were followed up by a Grade 1 win in the Royal Bond at Fairyhouse. Then an unfortunate finish at Leopardstown at Christmas when he spooked and ran out when leading 2 out in a Grade 1 cast many doubts. He recovered somewhat, with placed efforts at Punchestown and then a solid 3rd in an above average Supreme Novices hurdle. More than likely he will go chasing, which could well be the making of him and given his high profile as a novice, he has potential over the larger fences. His quick cruising speed could make him an ideal Arkle candidate for later in the season and 20/1 seems a fair price.

1 win from 1 run under rules. If any horse in the yard fits into the “could be anything” bracket, it’s Commander of Fleet. To win the Goffs Land Rover Bumper, on debut, at the Punchestown festival, by 8 lengths perhaps says it all. This form means he is unlikely to be a backable price next time he runs, but given his potential there is every reason to believe that he could be a star of this years Novice Hurdle division and the current 25-1 for the Supreme and 16-1 for the Ballymore may look very attractive come March.

The star of 2018. Tiger Roll delivered more for Gigginstown than any other horse has done so far. Now, a 3-time Cheltenham festival winner (2014 Triumph, 2017 NH Chase and 2018 Cross-Country) no one could have imagined what he would become when he was purchased for £80,000 in December 2013. His win at last year’s festival was gutsy and brave, but nothing in comparison to his efforts a few weeks later at Aintree, when he held on dourly under Davy Russell to deliver the Grand National. It is perhaps difficult to remember that he is still only 8, with time on his side, who would bet against him delivering again in 2019, where the same plan seems likely. 16-1 to deliver a second Grand National is another tempting price for the ante post punter.

A latecomer to the Hurdles scene, Pallasator has always looked a jumps horse running in flat races. His size and scope seem made for jumping and at the end of last season, he delivered on that visual promise with a Grade 2 Novice hurdle win at Fairyhouse in April. It’s worth bearing in mind his age, he will be a 10-year-old on 1st January, so if he is to go novice chasing, it may be a case of now or never. That being said he has been given an official of 147 and given his pedigree and achievement on the flat, that still seems workable and there may be a good prize in him this season either way.

This horse is not owned by Gigginstown however is certainly worth noting. There is a big pot to be won with him.

When Shattered Love ran poorly and finished 12th in the 2017 Neptune novices hurdle, it was hard to see her being a festival winner 12 months later. However, in 2018 she went chasing and duly delivered a superb round of jumping to win the JLT novices chase. Though subsequent defeats at Fairyhouse behind Al Boum Photo and then at Punchestown behind The Storyteller removed some of the gloss from that performance, she has still shown a great attitude to deliver on the big stage. Given her useful mares allowance, she is a real threat in the major chases for this season, especially with cut in the ground.

Having 4 runs over hurdles in his short career, all of them in graded company, his win in this year’s Triumph hurdle seems remarkable. Even more remarkable given that he passed through the 2015 Arqana sale at Deauville unsold. Juvenile form, even at the top level, always needs to be treated with caution, Ivanovich Gorbatov and Defi du Seuil are testament to that, but there is a lot to like about Farclas and given his inexperienced profile, there is definitely room for improvement this year. With most likely another hurdles campaign, he is perhaps a lively outsider for the top-level hurdle races this season. 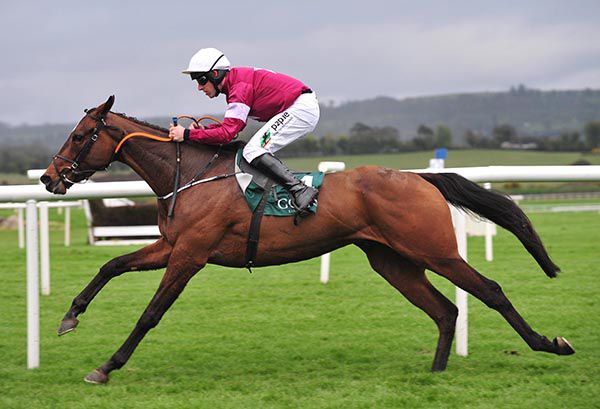 Another horse in the “could be anything” bracket, with a 2nd place finish (behind Commander of Fleet) in the Goff’s Land Rover bumper. Though he was beaten by 8 lengths that day, the way he battled on behind an impressive winner would suggest that he has a very bright future. More than likely to go up in trip as he gains experience, he is another to consider in the Novice hurdle division. Given that the Elliott team had a 1-2-3 in the Land Rover bumper, the yard appeared to have a strong hand from this year’s field to go hurdling with.