Jockeys undoubtable get slandered off far too much in the modern-day game and chastised for being over paid. This is far from the truth they only get a measly €169 per ride and that’s not considering the massive deductions on every single ride. 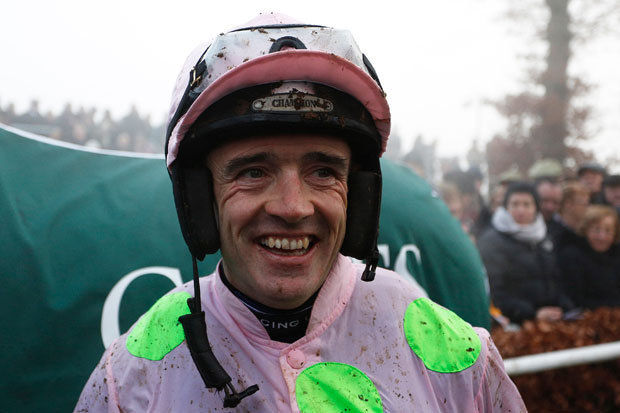 Ruby Walsh is the prime example of an athlete and a fine ambassador for horse racing, who has started right at the bottom and brawled his way to the top but it didn’t come without plenty of breaks and aches along the rocky road and deserves every bit of success he gets. 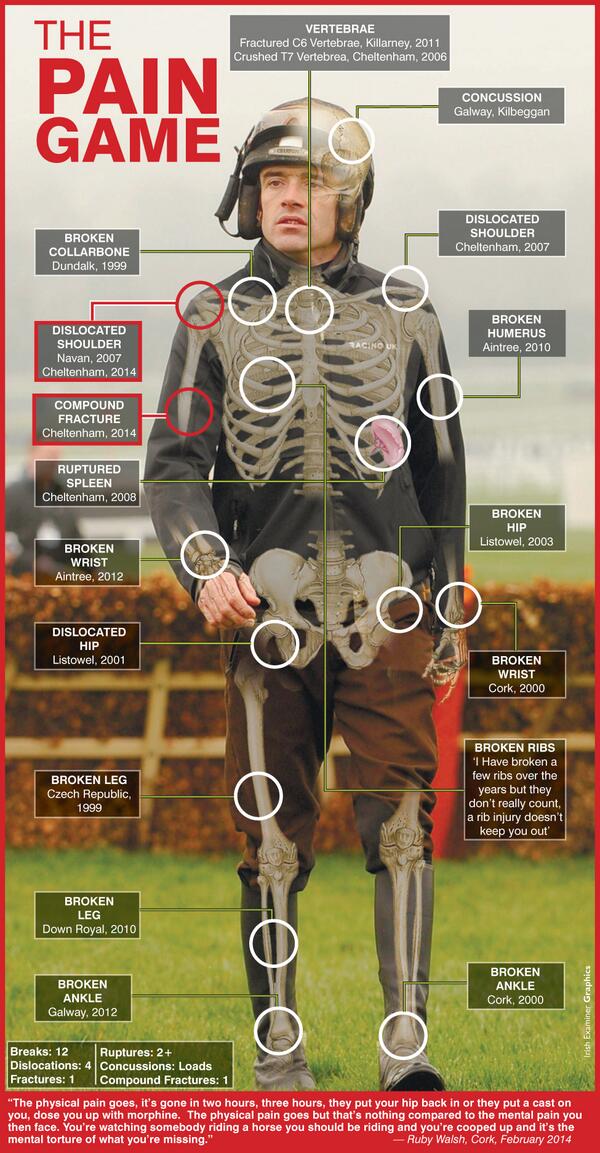 Ruby has agonized numerous broken legs during his career, including two on the same leg during the 1999/2000 season. The initial break came in a fall in the Pardubice, the well-known danger ridden cross-country event in the Czech Republic, and he fractured the same limb in a schooling fall shortly after returning to the saddle which certainly didn’t aid his recovery.

At 20 years of age, he would endure five months on the side-lines but was fit enough to take the mount on Papillon, trained by his father Ted, to land a substantial gamble in the 2000 Aintree Grand National. Which to this day is sure to be an extraordinary memory for the jockey for so many reasons. 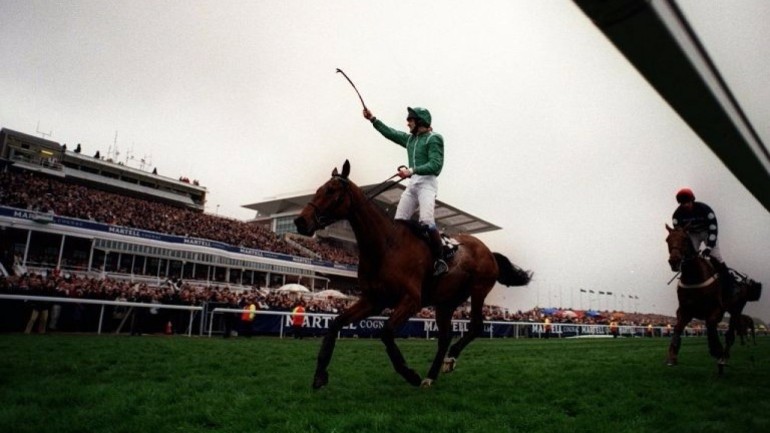 Walsh has sustained two fractured wrists during his career, so far which the first came after a fall from Sophronia in a low-grade handicap hurdle in Cork in 2000. But fortuitously, and he was back in the saddle less than a month later, having fast-tracked his recovery to take the mount on the fancied Florida Pearl in the James Nicholson Memorial Chase at Down Royal but could only endeavour a laboured 4th place but he certainly gave it his all

When Johnny Ringo came tumbling to the ground in a handicap hurdle at the Listowel festival in September 2001, there were apprehensions that Ruby had broken his leg for the third time in two years, with racecourse doctors dreading that the injuries could include a fractured femur but they were luckily wrong as he only suffered a dislocated left hip.

Listowel racecourse was again the section of another catastrophe for Ruby in 2003 when he fractured the other hip after being thrown off his mount Caishill, a restively inexperienced four-year-old in a beginners chase and the ground status was declared good which would have made his fall even worse.

This one came after a fall from Pride of Dulcote in a handicap hurdle at Cheltenham’s November Open meeting, but the harm was done by a boot in the stomach from another animal.

The kick resulted in a ruptured spleen and he was taken to Cheltenham General Hospital for emergency surgery to remove the body part.

The circumstance was awful mainly because the spleen is a important part of the body – it’s to do with the immune system, 27 days later Ruby returned to the saddle in which to you or I would have resulted in months off work.

It was an occasion of a double disaster for Ruby in one of the racing calendar’s biggest races at the 2010 Aintree Festival. Ruby was aboard Celestial Halo, who had finished a neck second in the previous year’s Champion Hurdle, and was looking virtuous to go one better at Aintree before thumping to the floor at the third last giving Ruby no choice in the matter.

The injury from that may have been bad enough, but it was met with another horse kick in him as Won in the Dark, went on to victory as he lay on the Liverpool grass.

The next time you think a jockey’s life is lavish and so glamorous take into deep consideration the effort and the dedication they had to get to get in that much sought after position. They are fearless heroes of the turf.