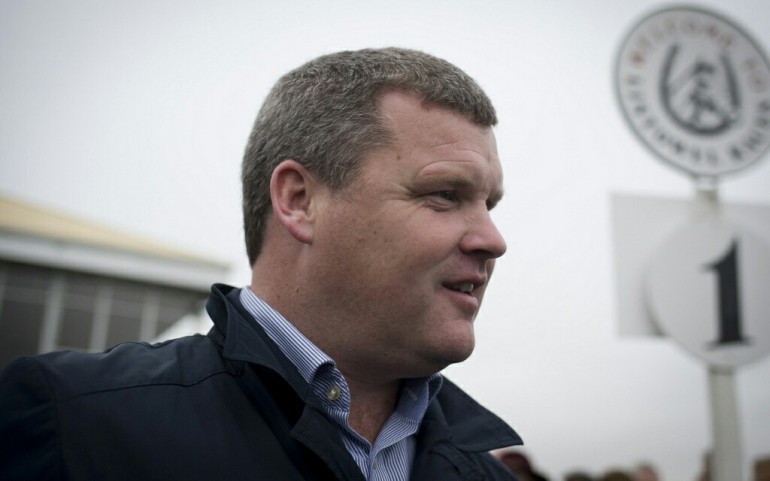 Leading trainer Gordon Elliott has insisted  the stable yard situation at Thurles Racecourse as “not good enough” as he vented his frustration over twitter regarding the lack of accommodation for runners at the track on Thursday afternoon. 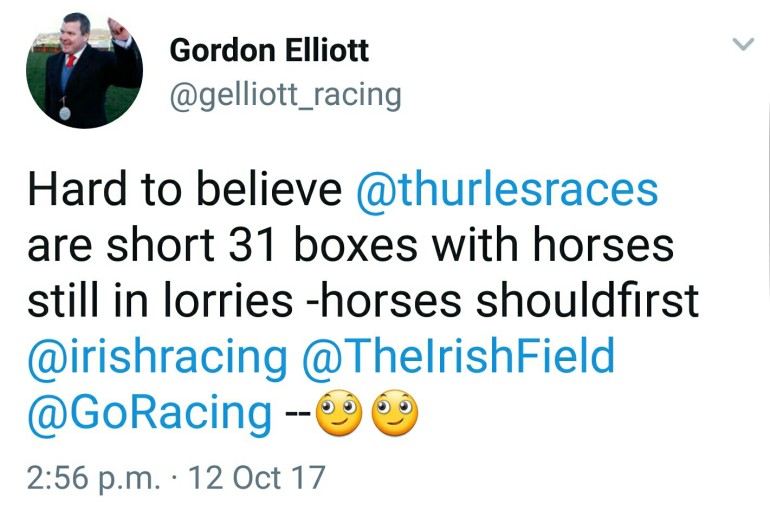 Elliott stated the facts that Thurles racecourse were 31 stables short for their first fixture of the season, meaning many horses were denied access to the racetrack until later in the day, instead having to wait in lorries which is less than ideal for raceday preparations.

Horses were forced to stay in the car park for longer than what would be than usually anticipated on the day of a race, which Elliott took exception to.

Speaking to the racing post Elliott stated  “in this day and age I don’t think it’s good enough.

“The horses need to come first, but my horses that are running later today are still out in the lorry. I’m not making this about me either as there’s loads of other trainers out there in the same position.

“But we go on about health and safety and this and that, and yet you turn up to the races and there isn’t even a stable for every horse.

A stable is the least you expect going racing and I don’t think it’s good enough.”