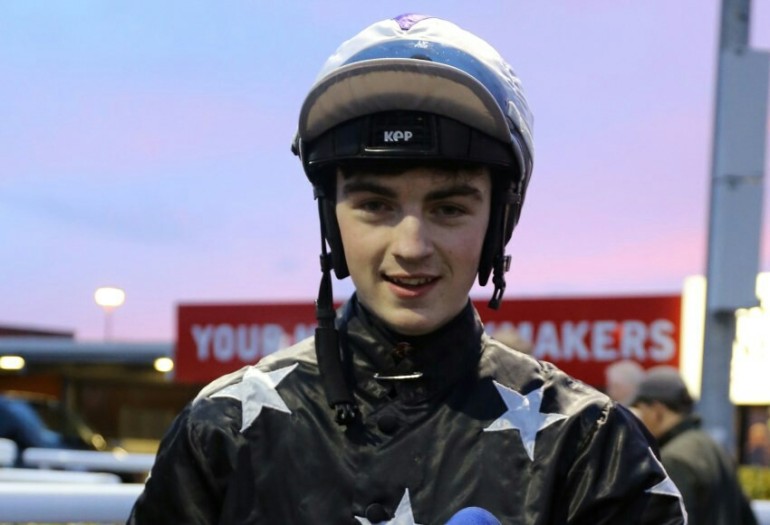 Young apprentice jockey Oisin Orr has impressed many racing fans in Ireland this flat season, including me and I think he can go right to the top of the sport.

The race to be Champion apprentice is closer than ever, with Ana O’Brien (still on the sidelines after suffering that nasty fall at Killarney) just one ahead now of Oisin, and two ahead of Gary Halpin with 16 winners. As you can see from that last line Oisin has ridden 17 winners this campaign, what has impresses me most is his mature and professional attitude in the saddle with Dundalk being his most successful track, with 8 winners there so far over the calendar year. Leopardstown and Down Royal have also been lucky tracks for Oisin.

These are difficult times for young apprentices to break through to the professional ranks in Ireland, there is not racing everyday like over in Britain, and if you’re not attached to a big stable it is hard to be competitive on the big racedays.

Although as I have said before in this article I think Oisin can go all the way to the top of the flat jockeys tree in the future and if he can keep a good flow of winners over the next few weeks and become Champion Apprentice, then who knows he could be snapped by a big stable.

There is some fantastic young jockeys riding in Ireland at the moment with Colin Keane in pole position to be Champion Jockey, and the likes of Ronan Whelan and Connor King also doing well over the course of 2017, I believe in a couple of years’ time we will be talking about Oisin in the same breath as those jockeys.

So keep an eye on young Oisin Orr, I look forward to seeing how he does in the future.