With the Cheltenham Festival in mind and with less than a few days to go before the Leopardstown Christmas Festival, I thought we should take a look at some of our leading lights in the novice hurdling division. Lets hope we can see some of them take the spoils when they venture across the waters come mid March. 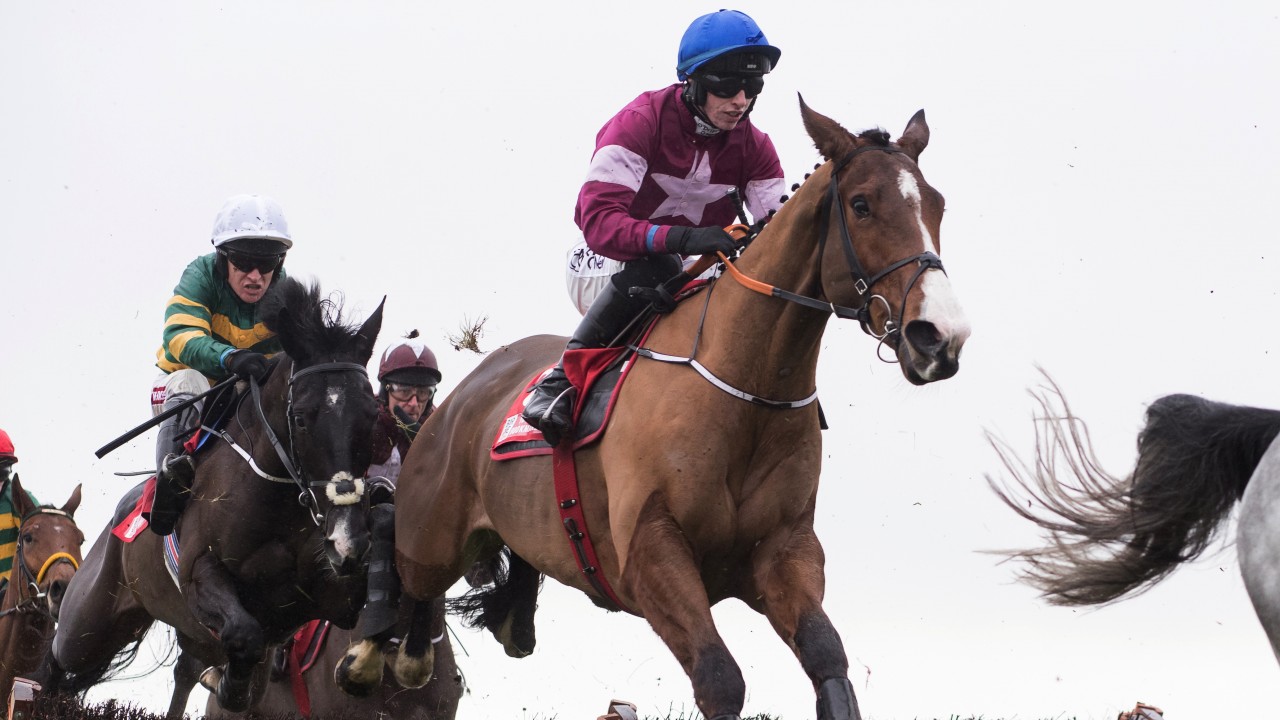 Formally in the care of Hugo Palmer on the flat, he was once deemed good enough to run in the Racing Post Trophy. He joined the all conquering Gordon Elliott yard and had two spins around Fairyhouse last season in a maiden hurdle and a Grade 3 with promise shown on both occasions without winning. He was able to stay novice hurdling this season and looks to have grown physically over the summer. He won a maiden hurdle at Navan before going on to take a Grade 3 at that same venue in November. He was most recently seen at Fairyhouse where he took Grade 1 honours by winning the Royal Bond Novice Hurdle, often seen as a key trial for the Supreme Novice Hurdle in March, in which he is the current 7/1 market leader. He holds an entry in the Future Champions Novice Hurdle at the Leopardstown Christmas Festival.

“The Second Coming” is what has been remarked about this son of Germany and he has already shown all the hallmarks of being a potential superstar. A top class bumper performer winning all three of his starts in that code, he took to the transition of jumping the smaller obstacles with aplomb. A facile winner of a maiden hurdle at Punchestown in October, he was then pitched in at graded level in the Monksfield Novice Hurdle at Navan where he was equally as impressive. The sky is the limit for this five year old and he is already as short as 2/1 for the Ballymore Novices Hurdle at the Cheltenham Festival. While he holds an entry in the Future Champions Novice hurdle, his mooted next engagement could well be the Grade 1 Lawlor’s Hotel Novice Hurdle in early January. Whatever he does over hurdles will be a bonus, as he has the size and scope to make a top class staying chaser in the future.

An expensive purchase from the Point To Point scene when Rich Ricci forked out around 200,000 Euros to attain the services of this Getaway gelding. Trained by the maestro from Closutton Willie Mullins, he was successful in his two bumpers before missing the Champion Bumper at the Cheltenham Festival due to a setback and as a result, was sidelined for the rest of the season. He made his eagerly anticipated hurdling debut at Punchestown last weekend, jumping and travelling well before putting his rivals to the sword and running out an impressive 7 length winner. He is another one to have an entry in the Future Champions Novice Hurdle, but with that contest being over the minimal trip of 2 miles, he his highly unlikely to take his chance. It will be very interesting to see what plans Messrs Mullins and Ricci have for this talented five year old, as he is prominent in the market for all three of the Grade 1 novice hurdles at the Cheltenham Festival. If I was to put my neck on the line for those of you who fancy an ante-post bet, I would lean towards him running in the Ballymore. What a clash Getabird v Samcro would be.

Another inmate from the Willie Mullins stable, he was a brilliant fourth behind the ill-fated Fayonagh in last seasons Champion Bumper. He started his hurdling career in brilliant fashion when victorious in an above average maiden hurdle at Naas last month. He had some very decent types in behind him that day including Someday and Paloma Blue, jumping to the front approaching the last, he stayed on well to win by 13 lengths. He was then sent off the 10/11 favourite in what was somewhat of a match with the Gordon Elliott trained Cracking Smart in the Grade 2 Navan Novice Hurdle and easily accounted for that rival in fine style running out a ready winner. The trip was definitely on the sharp side for Cracking Smart that day but take nothing away from the winner as he looks to be a horse on the upgrade. The clear 4/1 favourite for the Albert Bartlett at the Festival in March and as short as 8/1 for the Ballymore, he could take plenty of stopping no matter where Mullins decides to pitch him in. Probably the most interesting one on the list is the Mags Mullins trained Debuchet as he is yet to make his hurdling debut but we will add him in because of his untapped potential. He arguably brings the best bumper form to the table having gotten the better of the highly regarded Le Richbourg at Leopardstown before finishing an arguably unlucky second to Fayonagh in the Cheltenham Champion Bumper. He ended the season with a very impressive victory in a competitive listed bumper at Limerick. All eyes will be firmly on him when he makes his hurdling debut and is already 16/1 joint third favourite for the Supreme Novice Hurdle and is the same price for the Ballymore.