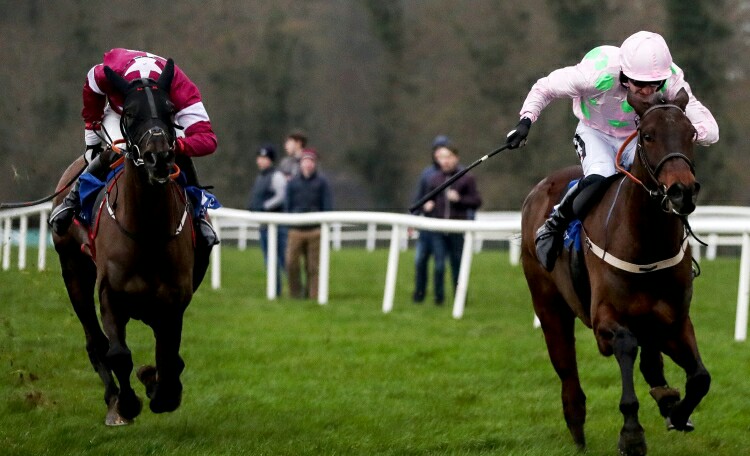 The Moscow Flyer Novice’s Hurdle at Punchestown is a race that Willie Mullins and Rich Ricci have targeted in the past as a spring board to better things for some of their star novices. Mikael D’haguenet (2009) and Min (2016) are both former winners of this race while Vautour and Douvan were victorious in 2014 and 2015 respectively, before going on to win the Supreme Novice’s Hurdle at the Cheltenham Festival.

Getabird was the choice of the Closutton handler to lead his charge for this year’s renewal of the 2 mile Grade 2 contest at the Kildare track.
A point winner at Largy over 3 miles when trained by Colin Bowe, he was quickly snapped up by Willie Mullins’ agent Harold Kirk for a whopping 200,000 euros and would run in the colours of Rich Ricci. 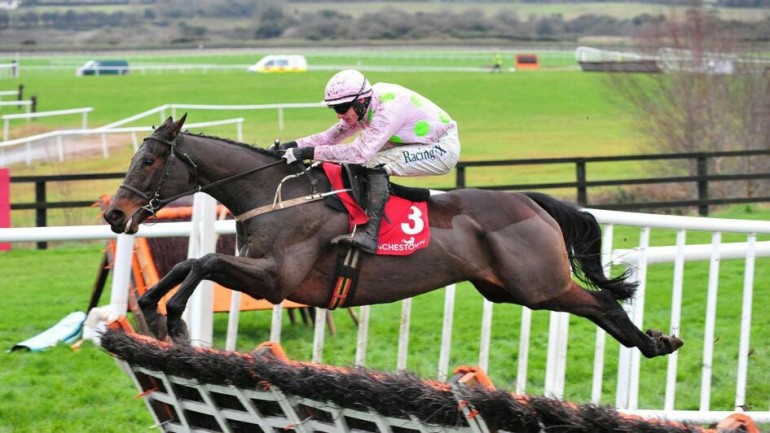 An impressive winner on his first start in a bumper at Fairyhouse, bookmakers reacted immediately and some firms went as short as 4/1 for the Cheltenham Champion Bumper. His second start, at Gowran Park the following month, he just got the better of the Gordon Elliott trained Hardline in what was more of a workmanlike display. It left many people slightly confused and bewildered, as Getabird failed to show the sparkle and class that he seemed to have in abundance at Fairyhouse. However, it soon came to light that the son of Getaway had picked up an injury in his victory at Gowran that would rule him out of Cheltenham, and the rest of the season.

Getabird would make his highly anticipated hurdling debut on the 10th of December in a maiden hurdle at Punchestown over 2 miles and 4 furlongs. He jumped and travelled well in the hands of Paul Townend and went on to record a facile 7 length success. The form of that contest has worked out extremely well with the second (Impact Factor) scoring nicely last time out and the third (Beyond The Law) winning his next two starts by an aggregate of 44 lengths. It looked for all the world that Getabird wanted a trip and as a result, the Ballymore and the Albert Bartlett were muted as his most obvious engagements come March. However, the crafty old fox Mullins had other ideas.

Heads were scratched when Willie Mullins decided to drop Getabird back to the minimum trip to contest the Moscow Flyer Novices Hurdle. A Grade 2 in name, he was to do battle with Gordon Elliott’s Grade 1 winner Mengli Khan who won the Royal Bond at Fairyhouse before crashing through the rails of the second last flight in the Future Champions Novice Hurdle when travelling smoothly. Mengli Khan, who was formally a very good horse on the flat for Hugo Palmer and whose speed is one of his main attributes, would surely have too much toe for a former point to point winner.

Punters weren’t convinced however, and Willie Mullins’ unbeaten gelding was sent off the even money favourite to claim the trainers 7th success in this race in the last 10 years.

As the starter called them into line, Patrick Mullins (deputising for the injured Ruby Walsh and Danny Mullins, and the suspended Paul Townend) had one thing in mind, he was going to make it a test of stamina and run the finish out of Mengli Khan in what looked a match on paper between the two market principles. It was a display of sheer and utter dominance.

To draw comparison to Rich Ricci’s previous superstars who have won this race, he jumped as accurately as Vautour and travelled as powerfully as Douvan. With his rider still seemingly pulling the proverbial double handful turning for home, he had the rest of the field well and truly at his mercy. They just couldn’t live with Getabird.

Giving the final flight possibly a shade too much air, Mengli Khan got to within 3 lengths and it looked for a split second that Gordon Elliott’s charge was not totally out of things. It was however, only a split second. As soon as Mullins gave his mount a squeeze, he was away and gone. He had just destroyed a horse that was favourite for the Supreme Novices Hurdle for so long, and done it with so much authority that the 9 length margin of victory possibly flattered the runner up. It was a performance that had social media awash with praise for what they had just witnessed.

Willie Mullins was equally as impressed, telling RTE “He jumpedfantastic and way better than on his first run. I was a bit worried whether he would be able to jump at the speed they would be going here. He jumped out, made his own running, and jumped very well. I’m very happy to have won that race with him”. 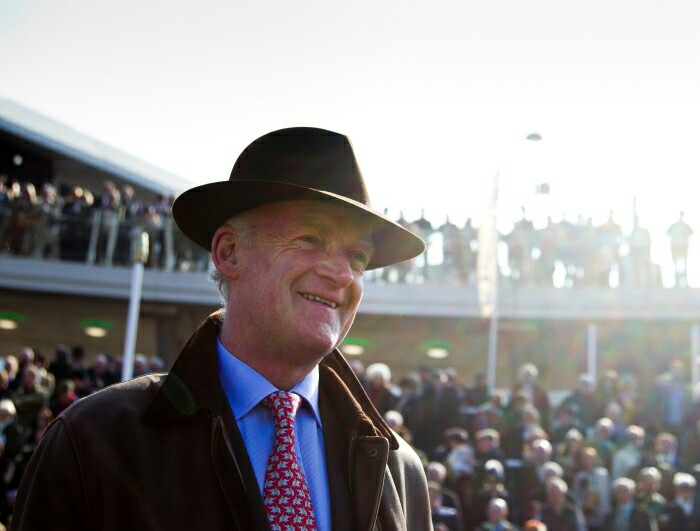 Regarding his plans for Cheltenham, the man who has been crowned top trainer at the festival 5 times said, “Jumping the way he did, that brings the Supreme into the picture. After his first run I was a little bit worried, but certainly the way he was there he’d be well able to jump with any novice. The speed he showed was very good. He got a nice bunch of horses off the bridle and we’re on the way up, I think. I don’t know yet if he’ll go straight to Cheltenham. We’ll see how he comes out of it.”
With the plans seemingly still up in the air, it might be worth having a punt on Getabird for both the Supreme (5/2) and the Ballymore (4/1) with most of the major bookmakers offering NRNB.

I’m going to put my head on the line here and say that he is Supreme bound.

The home team don’t seem to have a particularly strong hand this year with the Harry Fry trained If The Cap Fits and Nicky Henderson’s Claimantakinforgan looking the best they have to offer on what we have seen so far.

I’m confident that Getabird can take the curtain raiser of Cheltenham 2018, and give the thousands of Irish fans who travel to the Cotswolds something to smile about.