A wise man once quoted “Aim for the moon, if you miss, you may hit a star”. Curragh based handler Darren Bunyan hasn’t been training all that long however the manner of which he has burst onto the scene, has been quite notable.

Bunyan has worked in the racing industry for more than 25 years. In his early days he gained invaluable insights from his father (Arthur) who had been in horse racing for more than 60 years before he sadly passed away. Unquestionable his father Arthur was a massive influence on Darren’s career and work ethics, still to this day.

Bunyan has worked with some of the world’s leading racehorse trainers including Dermot Weld, John Oxx and Jonjo O’Neill, also to bolster his outstanding portfolio further he gained a different perspective on things during a spell pre-training horses in Japan.

In later years he became assistant to Ken Condon, from then onwards It was always his intentions to establish his own stable, ambitious in terms of what he wanted to achieve but realistic that it’s about continuously taking steps in the right direction.

Training racehorses has often been compared to waiting for the buses, as you can wait around all day for one, then two come at once.

The same concept can be used for training thoroughbreds, as getting successes can be few and far between, so getting the horse worthy of getting your name out there further can be tricky, but fortunately for Bunyan he hasn’t been lacking the flag bearers in his career to-day, the future looks exciting for this hardworking trainer with his crop of newcomers all looking way above average. 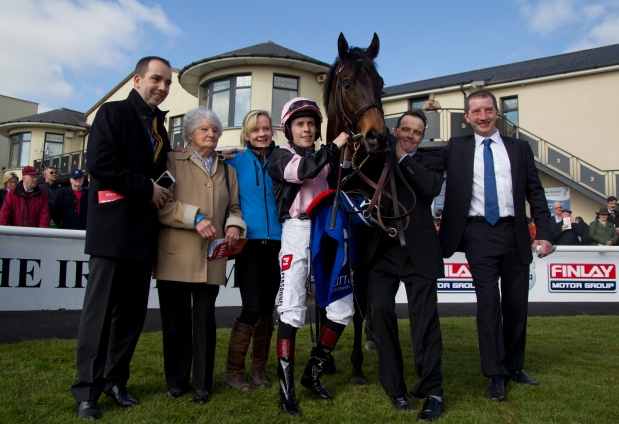 On Saturday 19th May, Bunyan was questioned by pundit Kevin O’Ryan on the Attheraces about the possibility of his runner Paperback Writer (14/1) winning the final race at Navan racecourse, Bunyan responded

“I am very confident of a bold show, I like the horse a lot”.

However, the horse didn’t win the race, it finished a credible 6th place, perhaps it would have finished a lot closer if wasn’t so short of room in a critical part of the race.

There is no need to panic, I highly advise this horse is destined for bigger things, for only being his debut today, the horse did more than alright.

The next time this horse reappears, I feel a much-improved performance is anticipated. This this gelding is a winner waiting to happen, potentially I contemplate that Bunyan has another star waiting in the wings, capable of classic glory. Remember the name Paperback Writer.