Classic-winning 20-year-old Donnacha O’Brien, was born into success. His bloodline proposed he may turn out to be a bit special, he unquestionably has lived up to them expectations.

O’Brien has been somewhat of a revelation in the saddle since his humble beginnings back in September 2014, his progression though the jockey ranks has been nothing short of extraordinary.

The young man has the influential support of the Coolmore operation, though even without them he could still be considered an exceptional rider in his own rights.

O’Brien has the capabilities of becoming Irish champion jockey numerous times, and if remaining injury-free I wouldn’t rule him out being one the best jockeys of our generation however with that hefty reputation O’Brien gets some serious analysis over virtually every beaten ride.

If O’Brien has a poor ride, or a bad day in the saddle, he inevitably gets interrogated on his integrity or capabilities for the big position he holds within the Ballydoyle operation, this is completely wrong in every aspect.

Any sportsmen or woman at the top-level of their sport are prone to taking some criticism for their performances however not to the extent which O’Brien gets assessed by the ruthless media and through the social media platforms.

O’Brien seldom gets the recognition he deserves, yet everyone is hasty to bad mouth his beaten rides however constantly overlook his intelligence in the saddle. 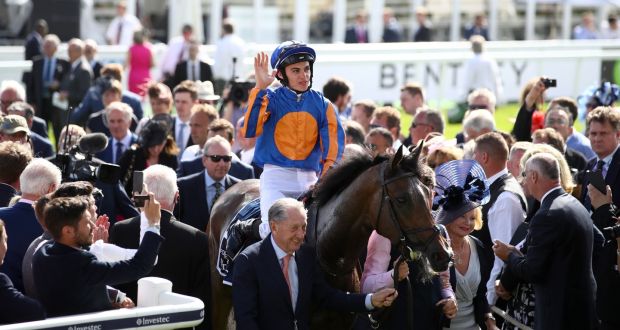 Regularly us punters are vastly fickle beings, scatter-brained is another bad trait we possess, always looking to make a quick buck, posting abuse before we know the facts, nine of ten times the jockey is not at accountability for a horses loss however that doesn’t stop us posting undesirable comments,

Instead of looking for the negatives in racing we should be celebrating seeing one of the very best jockeys in the world riding in Ireland. Young O’Brien is only human too, he is still learning his trade, believe me he does a lot more right than he does wrong.