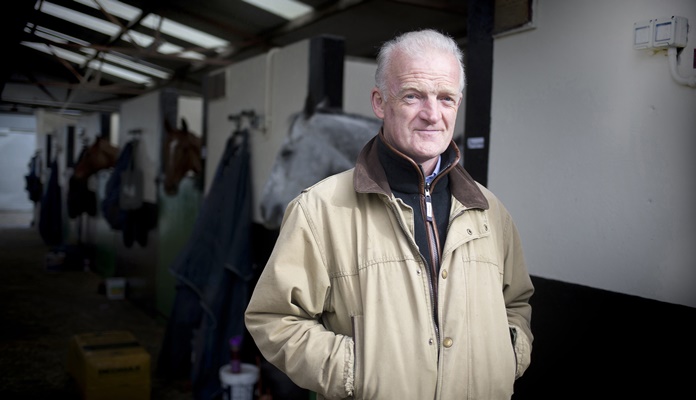 An established genius in the jumps racing field, Willie Mullins has long been established as Ireland’s “top dog” in the National Hunt training ranks.

It is somewhat surprising then to be writing an article about Willie Mullins potential as a flat trainer, but here we are. Mullins is no stranger to the flat, he is after all a Royal Ascot winning trainer, often taking advantage of lower Flat ratings to pick up major prizes. Max Dynamite, Wicklow Brave and Clondaw Warrior have all picked up major Flat racing prizes in recent seasons. As we move into the autumn, the transition period from Flat to Jumps racing is well under way and with both codes in full flow, Mullins has the opportunity to pick a few major Flat prizes before the yard concentrates on the National Hunt proper.

A brief glance at this year’s Cesarewitch Ante-post market would make most punters think of a Cheltenham Handicap hurdle, rather than a Flat race. Now the race is no stranger to Jumps yards, the distance of 2m2f has always encouraged National Hunt trainers to take advantage of a major opportunity for a big prize. However, this year’s early market seems dominated by the Closutton handler. Stratum (6/1), Limini (12/1), Low Sun (12/1), Uradel (14/1) and Lagostovegas (25/1) all feature in the early markets. All 5 have had recent runs, Limini most notably winning a Premier Handicap at the weekend, whilst Uradel and Low Sun both won at Galway. Stratum was an unlucky in running beaten favourite for the Ebor and Lagostovegas was 3rd in last year’s Cesarewitch, so a clear case can be made for all of them.

However, before any punter opens his wallet to invest heavily in a Mullins winner, it is important to consider that the race is still a few weeks away. Whilst it is possible, it is very unlikely that all 5 will be sent to Newmarket in October, especially with the Irish Cesarewitch on the same weekend. So, it is perhaps a question as to which is most likely to line up, rather than which is the best horse of the 5?

Lagostovegas finished 3rd last year, when making progress late on from midfield under Ryan Moore, when the first 2 home had led for most of the final mile. Given her obvious liking for the big handicaps, as her win in the Ascot stakes showed in June, and her consistent performance when travelling to the UK (she was also 5th at Cheltenham in the County Hurdle), she is a likely runner. However, she is now rated 101 on the level, 10lb higher than last year and doesn’t look obviously well treated in comparison to her jumps rating. She will most likely run her race but may find it a tough ask to concede weight to a few better handicapped runners.

Stratum has been a revelation for the yard since returning to the flat in the summer. A 3rd place in the Ascot Stakes behind Lagostovegas, followed by a superb run to win the JLT Cup at Newbury in July, led to him being sent of an incredibly well backed 3-1 for the Ebor at York. Given the quality of the field this was an incredible price for a favourite but having met trouble in running his race was run a furlong out and he finished an unlucky 12th. Whether he would have been able to overhaul the Gosden trained 1-2 is hard to tell, but given the ride again, Robert Winston would surely seek a wider run in the straight to avoid the trouble he found. Currently 6-1 favourite for the Cesarewitch, there is no doubt that he is worthy of his place at the head of the market. However, given his rating of 102, 10lb higher than he was at Ascot in June, he is another horse at the top of the weights who doesn’t seem obviously well treated and given the likelihood of 30+ runners on the day, he is unlikely to be any shorter at SP. 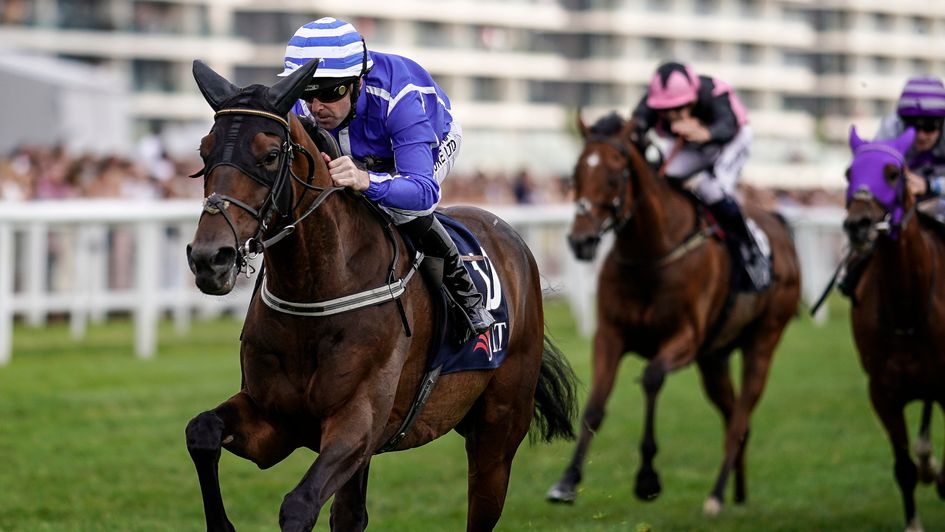 Uradel, an excellent winner of an Amateur rider’s handicap at the Galway festival, looks perhaps better treated off an OR of 94. Although he has been raised 13lb since that day, he still looks relatively well handicapped. He can be forgiven his 4th place finish at Bellewstown afterwards, when he finished best of those who were held up, when the first 3 dominated throughout. That being said, he hasn’t run in the UK since finishing 5th in the Melrose at York in 2014 and his overall record is 2-19 in all codes. Perhaps the signs are that he is more likely to line up in the Irish Cesarewitch the following day.

Low Sun, being by Champs Elysees is not an obvious horse for staying handicaps on the flat. His win over 2 miles at the Curragh in June was very impressive and he duly backed that up by winning a 3m Grade B handicap hurdle at Galway. He finished 6th at Bellewstown (Uradel 4th) when held up in a race dominated by front-runners, so that run can be forgiven, and he is obviously an improving horse in great form this year. Rated 97, he looks to be well treated, however his current price of 12/1 is unlikely to shrink and given that he has a lower profile than some of Willie Mullins other entries, it may do to wait for NRNB, as he is another who could run in Ireland instead. 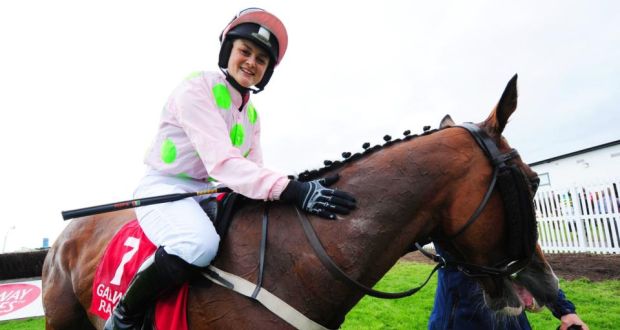 By far the most interesting of the 5 is Limini. The winner of the Mares Novices Hurdle at the Cheltenham festival in 2016, she has only recently returned to the Flat. After 2 placed efforts on the same week at Galway in July, she rewarded her backers with a superb victory at Leopardstown this weekend. Perhaps more importantly, the comments of connections that she is likely to remain on the flat for the time being make her of even more interest. At the time of writing, she has yet to be reassessed from her current mark of 98, but given that she won by only a head, her new mark is still likely to be well within reach, especially given that she has a hurdles rating of 152. Limini is a top class performer and looks more than capable of winning off a mark over 100.  Whether she will turn up at Newmarket in October remains to be seen, other than the Mullins and Ricci duo, no one can have the answer to that conundrum. However, at 12/1 she is a more attractive price than her stable mate Stratum. If it were a 2 horse race between the 2, Limini would never be double the price of Stratum.

When talking about Willie Mullins based Ante post in September, most punters would think of Cheltenham, but there may be a big handicap win on the flat for the Closutton yard before the jumps is in full swing. Whether, 1,2,3,4 or 5 of these horses line up on 13th October is anybody’s guess, but it would be a brave punter to take him on nonetheless.

With |@brucebetting| Android App you can get in app notifications, so you'll never miss another betting offer.