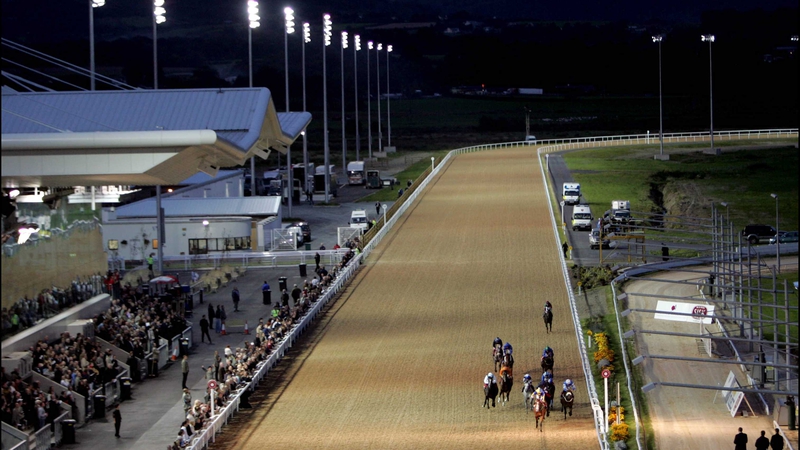 Our Editor Darren Connolly and our esteemed senior writer Adam Mills have complied a list of 20 Hardened handicappers worth keeping on your side throughout the 2018/2019 winter season at Dundalk stadium.

Geological – This Damian English trained horse was acquired for less than £800 however he has earned to-date well over £100,000 in prize money. This proven frontrunner is a formidable force around this Co. Louth venue, and if given a stall draw between one to five, warrants automatic respect.  He has been is seen to best effect over the distances of six furlongs to a mile.

Jockey Rory Cleary has an outstanding record on him however the stable tends to declare more than one horses at times and the jockey booking isn’t worth over analyzing. Reckless lad – This Patrick Martin trained horse is chasing the record for winning most horse at this all-weather venue. He is what you would define an all heart horse however his run style can be awkward for win purposes. He is normally ridden for luck meaning placed mid-division and gradually taken into the race, meaning a good fast pace is needed to see him in the best light.

Ridden in more recent times by Killian Leonard, he has an exceptional record of 3 wins in the last 12 months for the young apprentice 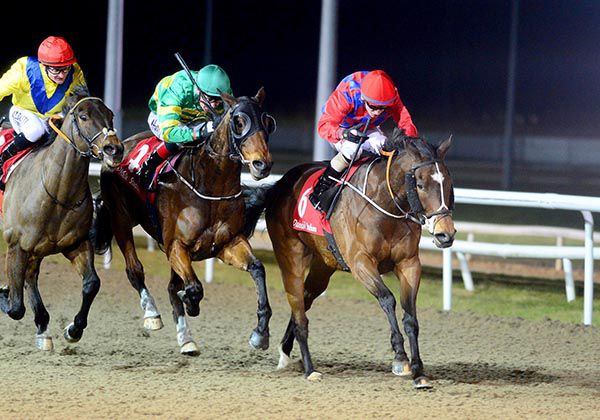 My Good Brother  – Trained by Tom McCourt, this 9 year old has an excellent record of 8-36 on the artificial surfaces and 6 wins at Dundalk. Raced exclusively at sprint trips, he is seen to his best effect at 5 furlongs when able to race prominently in behind the pace, especially when dropped into 0-65 company. A good draw is vital for this proven frontrunner

Jockey Colin Keane has an excellent rapport with the horse and has been on board for 8 of his 10 career wins. 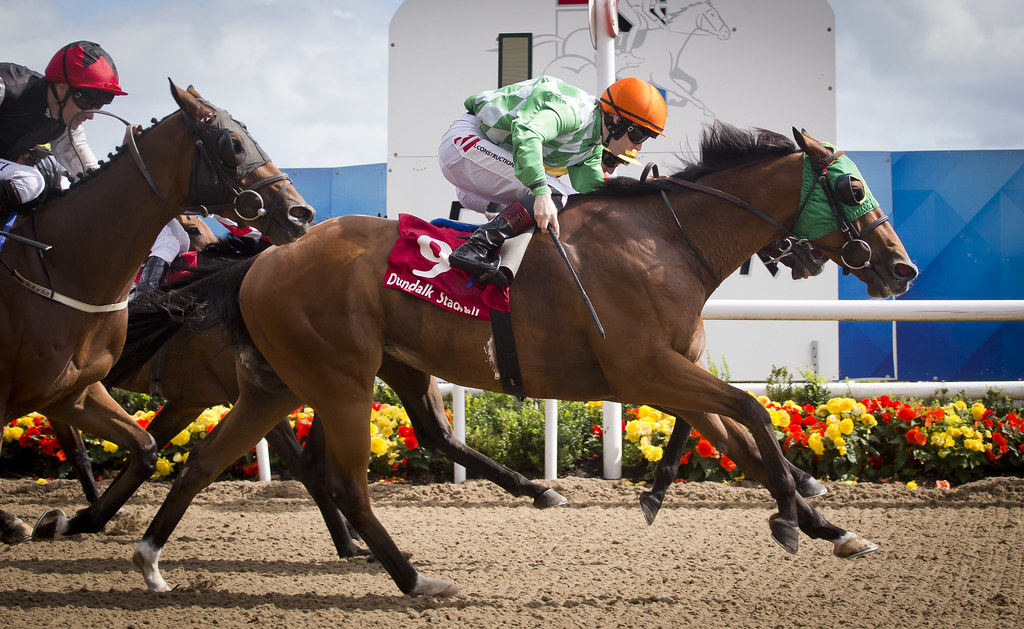 Pillar – This Adrian McGuinness trained sprinter has been a regular at Dundalk in the last 12 months. Racing primarily at the minimum 5-furlong trip, he has the unfortunate habit of finding one too good, with a record of 0 wins and 9 places from 22 starts on the All-Weather. Normally ridden just off the pace before making his move after the cut away in the straight, he often leads at the furlong pole before being headed late on however ought to be able to pay his way this winter series

Ridden by Colin Keane and more recently Shane Foley, he seems to run his race regardless of the rider on his back.

Strategic Force – This 7 year old, trained by Gerard O’Leary, had already won 2 6-furlong sprints at Kempton when she was acquired in 2015. Raced almost exclusively at 5&6 furlongs, he has amassed over £34000 career earnings. Although he has only won once at Dundalk, he has been placed a further 11 times. Primarily ridden up with the pace, he also has the ability to make the running when getting a good low draw.

Ridden most recently by Niall McCullagh however he doesn’t seem to have preference for a particular jockey. Togoville – This 8 year old gelding, trained by Anthony McCann has an outstanding record of 10 wins and over 113,000 prize money on the All-Weather. Racing between 5&7 furlongs, his prominent running style and consistent ability to break well from the stalls makes him a danger in any sprint at the track.

With no designated rider, he has wins for 7 jockeys throughout his career, including recent champion jockeys Pat Smullen and Colin Keane. Arbourfield – Primarily a 7-furlong specialist, this 6-year-old gelding, trained by Prunella Dobbs has an outstanding record of 6 wins from 23 starts at Dundalk. Ridden just behind the leaders wherever possible, he has an excellent engine and the ability to stay on well inside the last furlong when he hits the front. Political Policy – Gavin Cromwell’s 7-year-old  absolutely thrive’s at Dundalk, with 8 career wins. Having gradually stepped up in trip over his career, he now primarily races over 1 mile 4 furlongs to 2 miles. Often ridden with patience in midfield, he likes to be settled behind the pace and then come with a late withering run.

Timia – This Cape-Cross mare, trained by Keith Clarke rapidly improved for the switch to the All-Weather at the Co. Louth venue last year, 2 wins and 2 places at the track from 9 starts led to her rating increasing by 12lbs from 63 to 75 last season. The 5-year-old likes to race right on the pace, primarily at 7 furlongs or 1 mile.

Ridden by a variety of jockeys, she doesn’t show a preference for a particular rider, with wins for Oisin Orr and Ben Coen last season. War Room – This 9-year-old veteran has a solid record of 6 wins from 39 starts at Dundalk. Trained by S M Duffy, he has raced between 6 furlongs to 1m 4furlongs during his career but is perhaps at his best over a mile when given a strong pace to aim at. 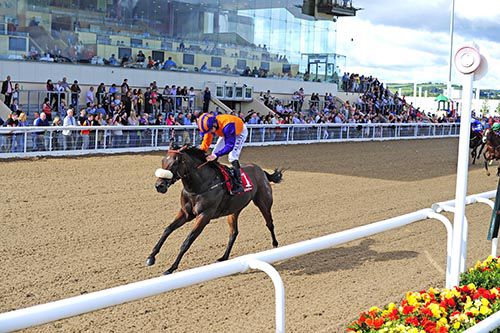 Poitin – Another stalwart from the Keith Clarke yard, this 8-year-old has over 59,000 in career earnings, including 5 wins at Dundalk. Campaigned mainly between 10 furlongs to 1 mile 4 furlongs, this mare can be held up or race up with the pace but does sometimes race too keenly.

She has an excellent rapport with Robbie Downey, who has been aboard for all 5 course wins.

He’s Our Music – Now trained by R Donohoe, this 9-year-old is an absolute legend at the track, with 9 career wins from 43 starts at Dundalk. Raced primarily at 1 mile, he has a true liking for the track, though most of his recent success has been in claiming races. His honest front-running style makes him dangerous whenever he gets a decent low draw.

Ridden by a variety of jockeys, he has a good relationship with Pat Smullen, with 4 wins under the former champion jockey.

Your Pal Tal – Trained by J F Levins, this 8-year-old gelding has earned over 60,000 in prize money, including 5 wins at Dundalk. Raced mainly at sprint trips, he is seen to best effect when racing just in behind the lead before making his move in the straight.

He has a good strike rate when ridden by Donagh O’Connor, with 4 wins from 24 rides.

Shake The Bucket – Trained by Niall Madden, this versatile 11-year-old has 9 victories at Dundalk, as well as wins over hurdles and fences. Racing mainly at 1 mile 4 furlongs, he has abundant stamina. Although now in the twilight of his career, he is still dangerous at his level when given a good pace to aim at.

Ridden mainly by Tom Madden, the stable jockey has an excellent rapport with the horse.

Easy Boy – This 6-year-old gelding from the family of Galileo, trained by Patrick Martin, has 2 wins and 9 places from 26 career starts at Dundalk. Raced mainly at 1 mile 4 furlongs, as his pedigree suggests he puts his stamina to good effect over the longer distance. Mainly held-up off the pace, he often stays on well in the home straight as the leaders come back to him.

Plough Boy – Trained by Garvan Donnelly, this 7-year-old gelding has over 89000 in career prize-money, including 3 wins at Dundalk. Raced mainly at the minimum 5 furlong trip, he likes to track the leaders and then make his move inside the final furlong. 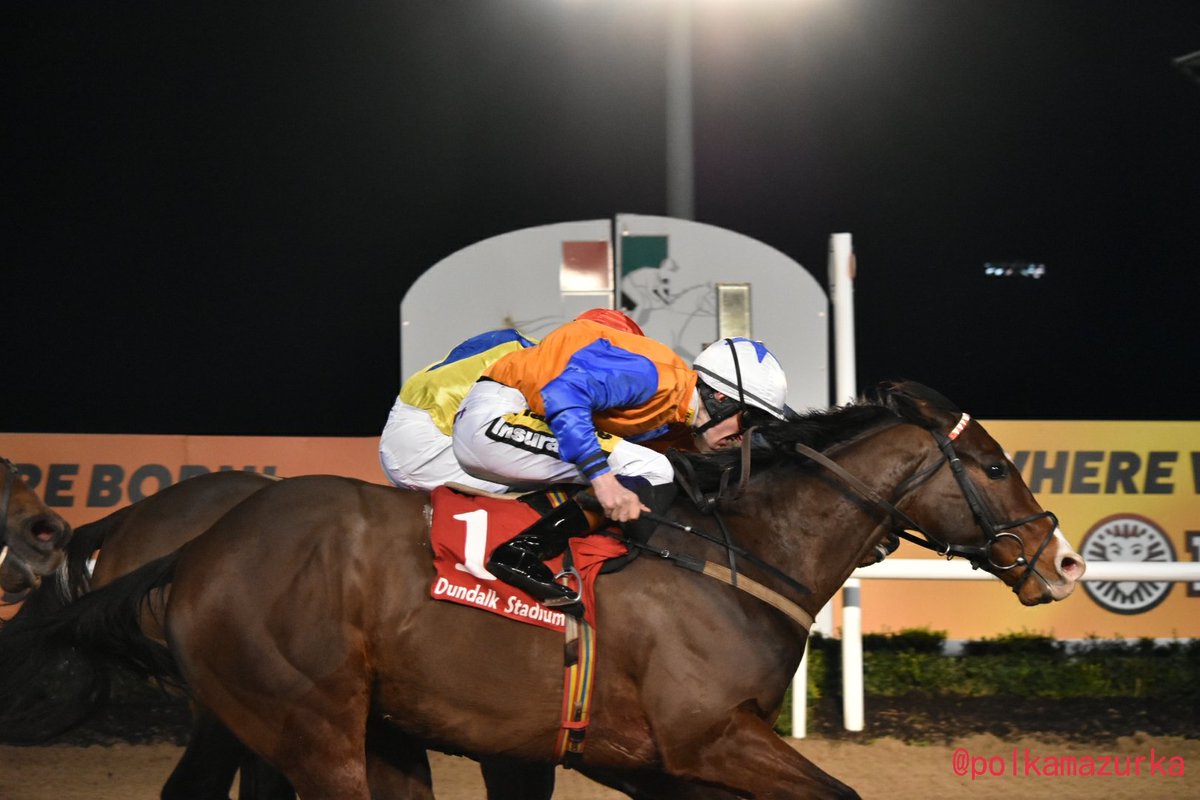 Six Silver Lane – Trained by John James Feane, this 10-year-old veteran has 10 wins at the track from 54 career starts on the Dundalk sand, earning over 94,000 prize money in his career. Raced from 1 mile to 1 mile 4 furlongs, he is ultra-consistent and likes to race right up with the pace.

Ridden by a variety of jockeys, this veteran performs consistently for any rider put on his back. 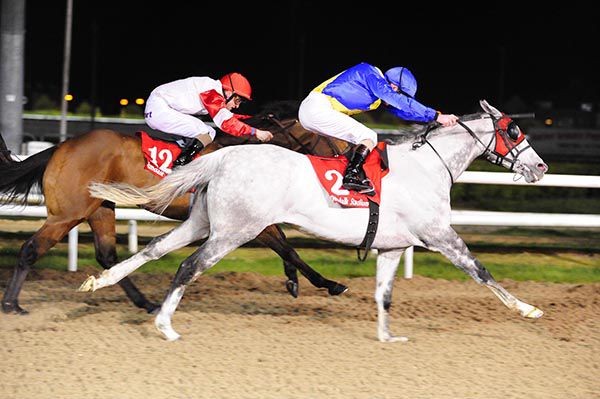 Asian Wing – Another from the shrewd yard of John James Feane, this 9-year-old has 5 course wins from 35 career starts at Dundalk. An American bred gelding, this horse is more about stamina than speed, racing from 1mile 2 furlongs to 2 miles. He is seen to best effect when racing in mid-division and staying on well in the closing stages.

Another veteran with wins for many jockeys, he does seem to show a preference.

Elusive In Paris – Another veteran of Dundalk’s winter campaigns, this 9-year-old has 6 career wins at the track, mainly racing from 7 furlongs to 1 mile. Trained now by Ellmarie Holden, he is extremely versatile in his running tactics, normally dictated by the draw.

He has an excellent record for Gary Halpin, including 5 consecutive places in early 2017.

Split the Atom – Trained by Damian Joseph English, this 6-year-old sprinter has 7 wins from 32 starts on artificial surfaces. With just under 70,000 of career prize money, he has victories between 5 and 7 furlongs on his CV. Primarily held up off the pace in recent times, he is seen to best effect when coming wide into the straight and pouncing late on.

Dundalk is a very fair track. The cutaway rail they introduced in December 2013 was an outstanding move and it has considerably reduced the number of hard-luck stories.

over-all, it rides quite firm and some horses, particularly those that like a softer surface, won’t let themselves down on it. A low draw is a big help over seven furlongs and particularly over the extended mile-and-a-quarter as the bend comes up very quickly after that start.

If you would like to purchase the hardback version of this book email us for more information 3furlongsout@gmail.com

GET NOTIFIED WHEN THEY RUN